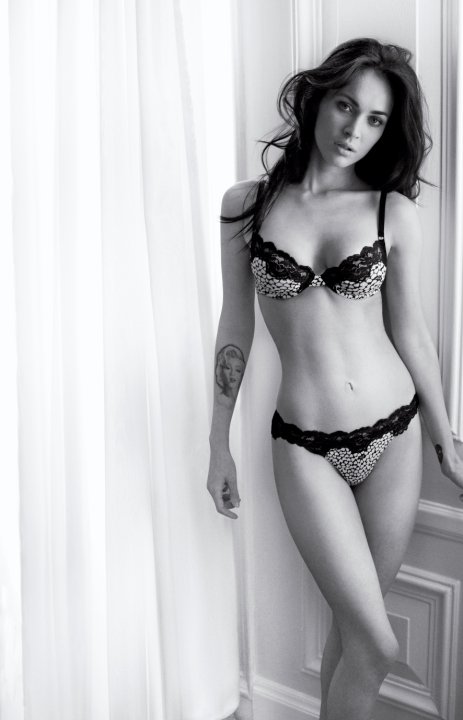 Megan Fox is the official Emporio Armani Underwear spokesperson for their Autumn/Winter 2010-2011 advertising campaign. Stripping down to a lacy bra and panties, Megan will appear on billboard ads worldwide beginning in July and television commercials debuting this September. If you can’t get enough of Megan, don’t worry. For those who live in New York, Los Angeles, London, Milan, Rome, Paris or Tokyo, you are guaranteed to see a billboard with Megan posing soon.