Cameron Diaz Talks to Harper’s Bazaar About Her ‘Tiny’...

Shakira Gets Flexible In A Pink Bikini and Tutu... 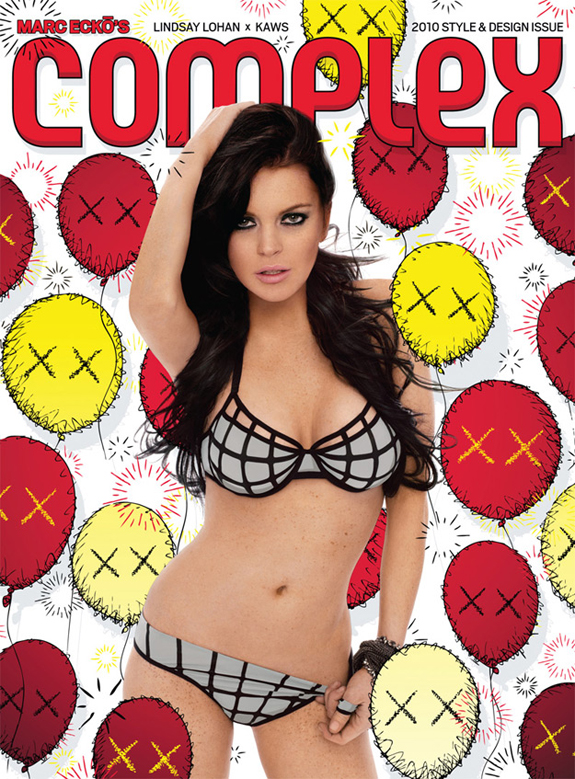 Lindsay Lohan’s personal life may be a disaster, but no one can deny that she cleans up well. For those of you who are interested in what Complex Magazine describes as “LOHANDEMONIUM,” this spread is the one that landed Complex at the center of Lindsay’s personal drama after their cover shoot ended up in the tabloids back in May.

As Complex Magazine went to press in late June, more than a month since they shot these pictures, they still had not been able to interview Lindsay. So, they did the best logical thing and summarized her life the best way they could. 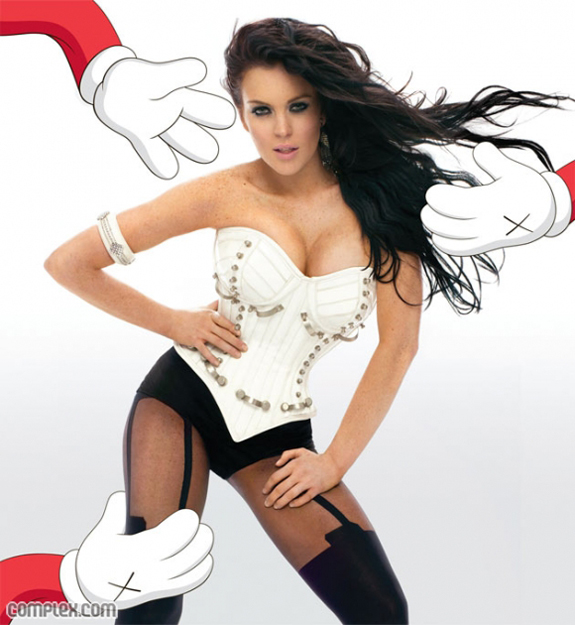 Several news sources, including the AP, announce that they have pre-written Lindsay’s obituary so they don’t have to scramble at the last minute like they did with Heath Ledger and Brittany Murphy. Former friends of Lindsay are quoted as saying, “I expect the call any minute now that she’s dead.” We’re quoted as saying, “Is the reason that you’re ‘former friends’ because you’re so backstabby that she cut you off?”

Estranged father Michael tries to sell rumors about her sex life—that she had an affair with Tommy Mottola when she was 17 and that she’s HIV-positive—to websites and tabloids. When no one bites, he posts the “news” on his Twitter, only to later claim that his account had been hacked. You stay classy, Mike.

The Complex cover shoot! She shows up five hours late at 12:30 a.m.—earlier than we’d figured, actually. However, we don’t get to start shooting until 3:45 a.m. Which is cool, since we had some sobering up to do ourselves. We keed!

The two photogs shooting the cover send a press release to tabloids claiming that the female photog and Lindsay are in a lesbian relationship. It turns out the photographers are trying to drum up publicity for their Bravo reality show, but LiLo quashes the rumor. At Complex, we remove the show’s season pass from our DVR.