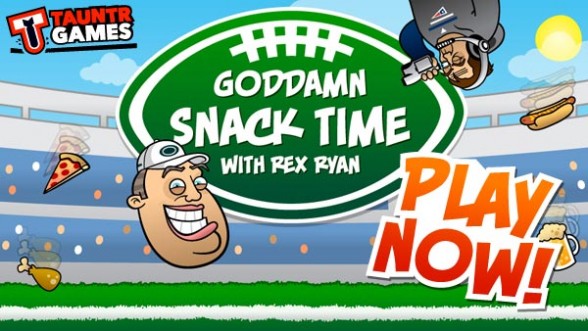 I have been a New York Jets fan since 1998 thanks to my boyfriend Bill Parcells. No one can ever replace my guy, but damn it Rex Ryan sure is coming close. I love this guy! Talk about personality. It’s only fitting that someone came up with this cleaver game mocking his now infamous snack hunt.

Coach Rex famously wanted a goddamn snack, and now you can help feed his insatiable appetite. Take the controls of the Jets lard filled leader and try to catch every fatty treat you can. Beware of healthy snacks and the efforts of your rivals who want to foil your plan at morbid obesity.

Click the image below to play: Goddamn Snack Time with Rex Ryan!