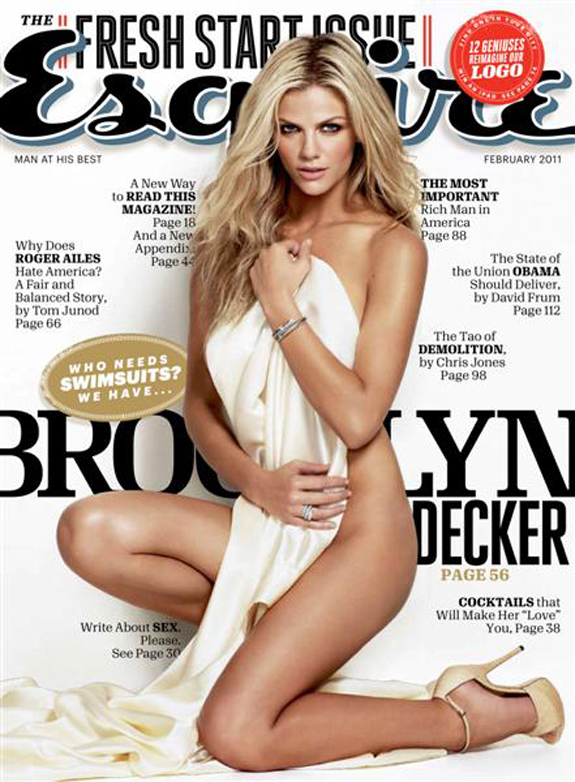 Brooklyn Decker, one of your favorite girls to stare at recently sat down with Esquire Magazine to discuss cooking, living in Brooklyn, marrying Andy Roddick, and being a swim suit mode for their February 2011 issuel. The results were a rather funny, but worth reading interview if you are a fan of Brooklyn. 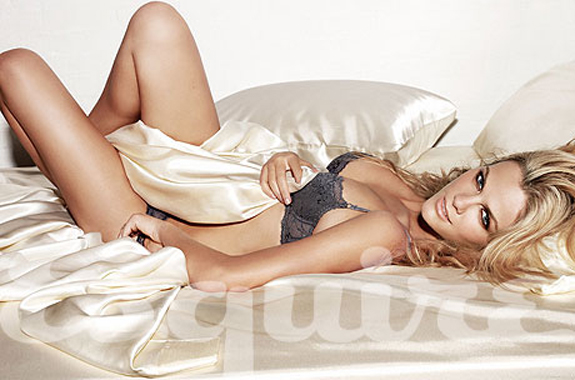 BROOKLYN ON LIVING IN BROOKLYN

“Yeah, yeah,” she says. She’s heard it before. I can do better than that, I tell her. I don’t want to disappoint. Just give me some time. Half a block later, we’re at the market. The scale of Brooklyn surprises. She is so tall, for starters. 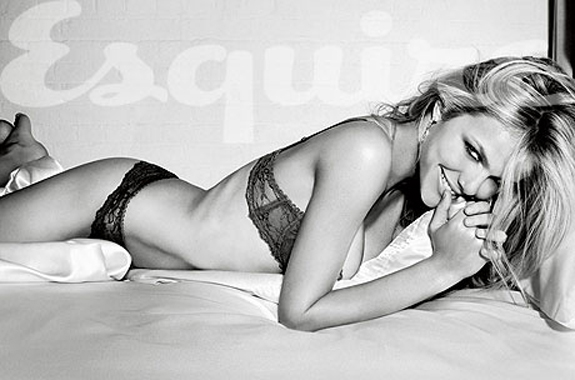 The starter is a salad. That’s the only starter Brooklyn makes. Green-leaf lettuce, avocados cut up like pats of butter, ground pepper, and dressing pulled mysteriously from her refrigerator. She whisks it from the door and back again.

To the doorway and back again, while cooking, for an adjustment to the lights. When Brooklyn Decker walks toward you, the world feels a little bit of all right. She brings promise with her. Light of heart and unexpectant, she gives the impression that being present is easy, that passing time talking with a man she doesn’t know is exactly what she wants to do on a Friday night in New York. She makes her little salad. What do I like? What do I not like? She even seems a little curious about my preferences. I’m cool with whatever, I say. I can handle anything she dishes up. But Brooklyn doesn’t cook like that. She doesn’t want to disappoint. She just wants me to like it. There is no protest or resistance in her voice. It’s just something she can do.

She cannot cook, she says, but she’s learning. This chicken thing, with its components handpicked at her grocery store — two organic breasts, five slices of prosciutto, two avocados not yet collapsed in ripeness, a nameless jar of spice — is her one thing, her one dinner. There’s no apology or excuse. She’d made an offer: this in lieu of a restaurant. She knows this one thing, one reliable ritual of assembly, leaving her free to stand and cook for a guest who sits schlumped on the other side of her kitchen island. This is so she can offer wine, tend to her guest without apology for the things she can’t do.

One thing she can’t do: She can’t explain how she got here, not clearly. The story of her childhood in North Carolina comes and goes — What does she miss? “Just my friends.” UNC or Duke? “It could have gone either way, but it can never go the other way. I’m a Tar Heel, pretty randomly.” Answers lost, threads dropped what with all the chopping, the tenderizing. Her mother named her after a horse. “I love the name,” she says. “Brook. Next time we meet, you’ll call me Brook. Almost everyone does.” The next time. Hah. Beauty always promises a return. The young always assume they’ll see you again.

One Response to Brooklyn Decker UNCovers For Esquire