Yes, I was M.I.A. last week! For those of you that noticed, I did not pick em’ for week 8. While you guys were enjoying football, I was on a nice vacation. In fact, I was in a country where American football seemed to be an after thought. As much as I love football, I forgot all about the NFL until I came across a man wearing a Raiders jersey. 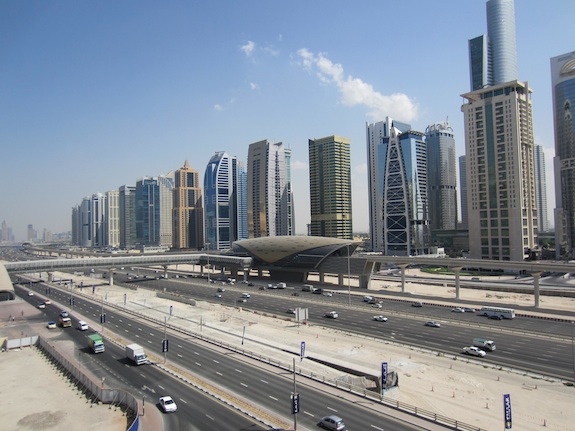 Raiders fan in Dubai…
I spent the last week in Dubai, U.A.E. Futuristic buildings, nice cars, a variety of nationalities, and tons of new things to learn about, it was easy for me to sit back and enjoy the sights of this wonderful country without thinking about football. Although I had every intention to watch football via the internet, between partying and the time difference it was a bit difficult to keep up with what was going on back in the states. I actually asked a few American’s living in Dubai if they kept up with the NFL and most said they would like to but it required a lot of effort. Until I spotted a “typically” Raiders fan at brunch, I began to think no one cared about football in Dubai. 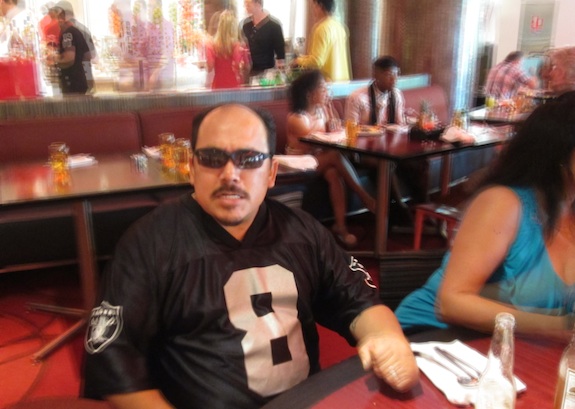 As I sat hoping that the $115 I was spending on brunch (all you can eat and drink) at the Atlantis Resort was going to be worth it, I looked up and saw that familiar all black jersey. Could there actually be Raiders fans in Dubai? I immediately walked over and struck up a conversation. What I learned was that my new friend was Mexican-American, originally from the Los Angeles area (lives in the bay area when home in the states) and of course he a DIEHARD Raiders fan. The coolest guy ever, he rocked a black Raiders jersey and of course the trademark black glasses that many Raiders fans seem to wear. According to the Urban Dictionary, 50% of the Raider Fans in Oakland live at San Quentin Prison. I am proud to have met the one super fan living in Dubai.

Tim Tebow, Detroit, and Cam
Missing a week of football definitely has its drawbacks. I feel a bit clueless, but hope to be back into it today. As soon as I returned to the states, I asked a few people what I missed and it seems that everyone shared the same stories. Tim Tebow was embarrassed, the Detroit Lions embarrassed themselves, and Cam was CAM!