Did you guys miss me last week? I took another vacation, but this time I didn’t go far. I only took a 5 hour flight to Miami. Unfortunately, I flew across the country and missed the Miami Dolphins home game against the Bills as well as Liv Nightclub. If you don’t know about Liv Nightclub, I urge you to check it out. Liv was voted one of the hottest nightclubs in the world. Continuing on their world domination, they even mixed it up a bit and put Liv inside Sun Life Stadium. Yes, only in Miami would there be a nightclub inside of a football stadium. Combining the allure of South Beach and the excitement of football, Liv inside Sun Life features butler service, premium bars, a DJ, a dance floor and more. 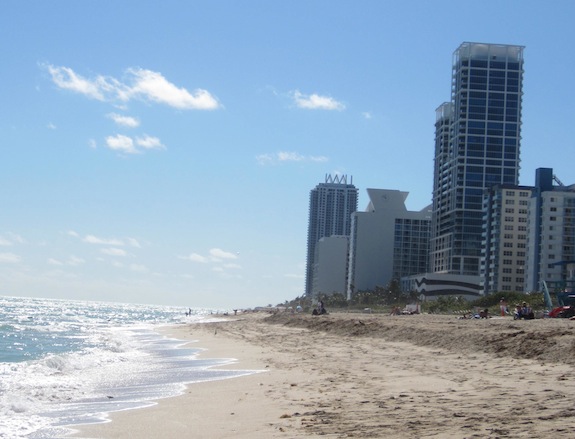 I will not pretend to know what’s going on in the NFL. From the results of my week 10 picks (8-8, YIKES), I definitely need to get it together. Unfortunately, I was relaxing just a bit too hard in Miami to even care. 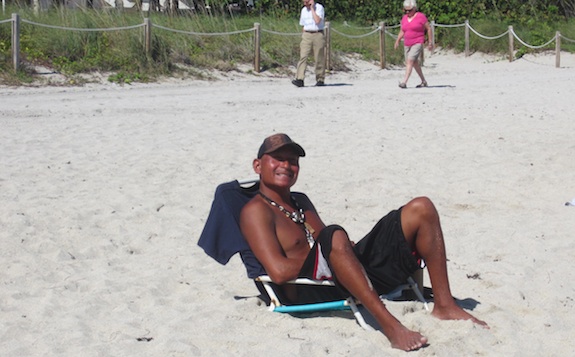 I was too busy hanging at the beach with some exciting folks like the guy pictured above. I wonder if he was a football fan?

Thanksgiving Day Games
Week 12 has some exciting match-ups including the Detroit game. For once they may have a chance to win a game on Thanksgiving (NOT). Sorry Detroit fans. I know the thought was good, but I doubt very seriously they can pull-off a win against the Packers. I could be wrong. Dallas is looking good, but will Romo do what he does best this time a year? As for the 49ers and Ravens, this should be interesting to the point where it puts you to sleep right after the second plate of Thanksgiving food.

Below are my straight picks for week 12. Drink and pick responsibly! Happy Thanksgiving!!!