That Awkward Moment When Sacha Baron Cohen (The Dictator)...

Do You Know What Happens Every 60 Seconds On... 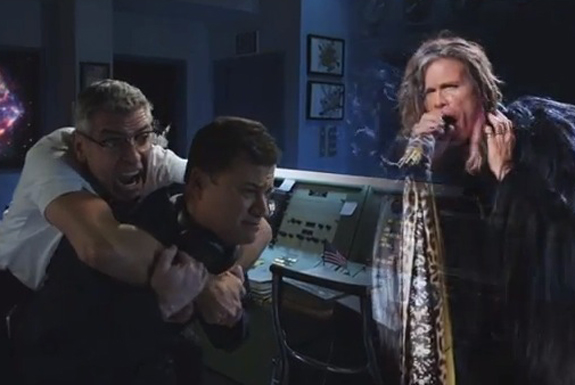 Jimmy Kimmel revealed his star-studded post-Oscars parody movie trailer Movie: The Movie on Jimmy Kimmel Live. Billed as “the greatest movie ever made,” the spoof features some of the most notable actors in Hollywood including Tom Hanks, Samuel L. Jackson, Helen Mirren, Charlize Theron, Matt Damon, and George Clooney. Directors Martin Scorsese and JJ Abrams also make cameo appearances. A spoof on Hollywood movies in general, Movie: The Movie is “a romantically comic political action thriller drama based on the novel Push by Sapphire.”

Want more information on Movie: The Movie? Make sure to visit MovieTheMovie.com the official website. Yes, there is an official website that even offors the following Synopsis.

Synopsis
Stay up late Oscar® Sunday for the world premiere of the trailer for “Movie: The Movie” – the biggest, greatest, most star-studded film in the history of American cinema. Watch “Jimmy Kimmel Live: After the Academy Awards®” February 26th on ABC to witness movie history made.