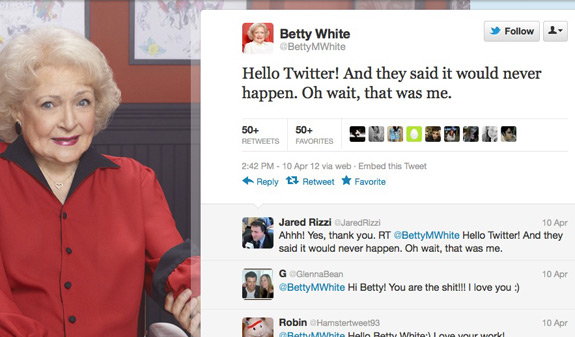 90-year-old Betty White, who is old enough to be the grandmother and at the very least mother of probably everyone actively involved in social media recently decided to join Twitter. After insisting she would never join Twitter, Betty White posted her first tweet which simply stated “Hello Twitter! And they said it would never happen. Oh wait, that was me.”

Never one to shy away from a little flirty humor, the star of the new NBC show Off Their Rockers showed she had already mastered the art of the @reply by tweeting to her followers (now 170K in less than 24 hours) a rather suggestive message to Ryan Seacrest.