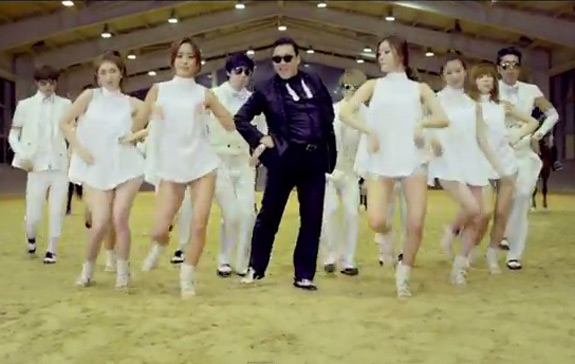 What is “Gangnam Style”? Do you even care? Like most things that go viral, it doesn’t necessarily have to be cool, but it always has that “thing,” that catchy thing. In this case, many may argue that “Gangnam Style” is both cool and catchy. For the sake of being cool, we will just say it is definitely catchy.

In late September, “Gangnam Style”, was officially recognized by the Guinness World Records as the most “liked” video in YouTube history with 2,141,758 likes. Not bad for a single by a South Korean rapper known as PSY.

To date, the music video for “Gangnam Style” has been viewed over 353 million times on YouTube making it one of the most watched videos of 2012 on the site. Thanks to celebrities including T-Pain, Katy Perry, Britney Spears, Tom Cruise, Nelly Furtado, and Maroon 5 as well as news outlets such as CNN International, The Wall Street Journal, the Financial Times, and the Harvard Business Review, “Gangnam Style” is infiltrating American culture. When flash mobs start to appear in cities around the world and you have dancing inmates at a maximum security prison doing choreographed “Gangnam Style” routines, it’s safe to say it’s officially viral.

So, what is “Gangnam Style?” It’s a newly coined Korean term that refers to a lavish lifestyle associated with the Gangnam district of Seoul where people are trendy and supposedly have class. With everything about the song, dance, and the music video being far from “high class”, it’s clear the song “Gangnam Style” is poking fun at the Gangnam life.