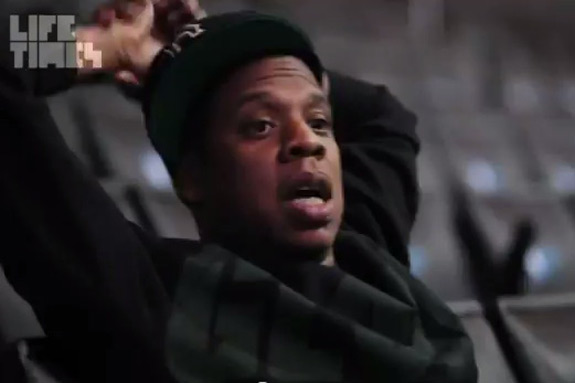 Jay-Z jumping on the subway…nothing like that ever happened when I lived in Brooklyn. I never rode the R train, so my chanced of seeing Jay-Z when he hoped on the R at Canal Street and took it to Atlantic Avenue for his performances at the Barclays Center were slim, but the thought of it is exciting. Call it a publicity stunt if you will, but Jay-Z on a subway definitely made for good footage for his documentary, Where I’m From: JAY Z Barclays Center Documentary.

The unexpected highlight of the documentary has to be when a 67 year old lady asked Jay-Z “Are you famous?” It turns out she is something of an artist herself. Read all about Subway Lady Ellen Grossman on Meeting Jay-Z over at NYmag.com and check out the video below.