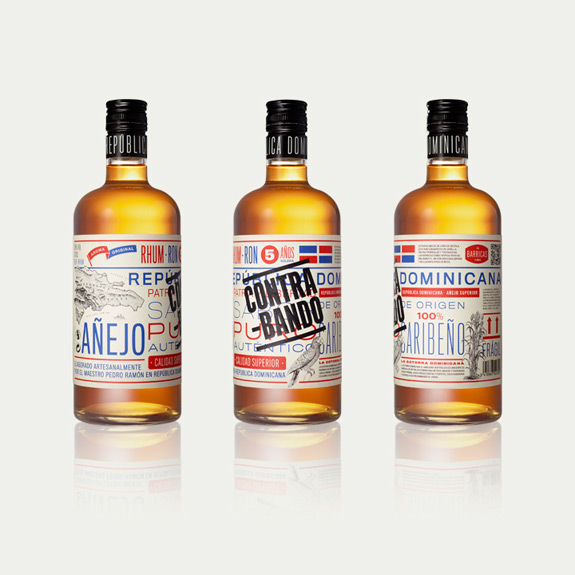 “Contrabando” sounds like something really dangerous and a drink that is bound to get you wasted. According to the designer of the rum labels “The goal was to emphasize the product’s caribbean roots by stamping its name “Contrabando” (meaning smuggling in spanish) forcefully over the traditional graphic imagery, as if local customs had busted an original foreign product. There isn’t that much information about the rum available, but we can say it sounds like it will get you drunk.