Yes, the Playoffs are here. As always, the NFL regular season was exciting and action packed. From the RGIII and Andrew Luck never ending saga to NFL players going to jail for foolishness, the NFL 2012-13 regular season proved to be everything we imagined.

Peyton Manning proved everyone wrong, well at least the Colts by returning from neck surgery and having a stellar year. There are no words for what Adrian Peterson has accomplished this season including almost breaking Eric Dickerson’s record. Michael Vick was Michael Vick and Mark Sanchez was a disappointment. Tim Tebow went through the entire season without Tebowing. Pete Carroll and the Seahawks ran the score up so often you thought you were watching a college team at times. After 14 years, the Eagles say bye bye to Andy Reid and 6 other NFL coaches said hello to unemployment including Lovie Smith. Sadly, the season tragedies extended off the field with one player killing another player and a player killing himself as well as his baby mama.

The Playoffs should prove to be just as exciting as the regular season. No one imagined the Giants or Steelers would not be in the Playoffs and I am sure I was the only person expecting the J-E-T-S to be in the playoffs. You read that correctly.

Below are my picks for the 2012-13 NFL Wild Card playoffs. Remember anything can happen on any given Sunday, so Drink and pick responsibly! 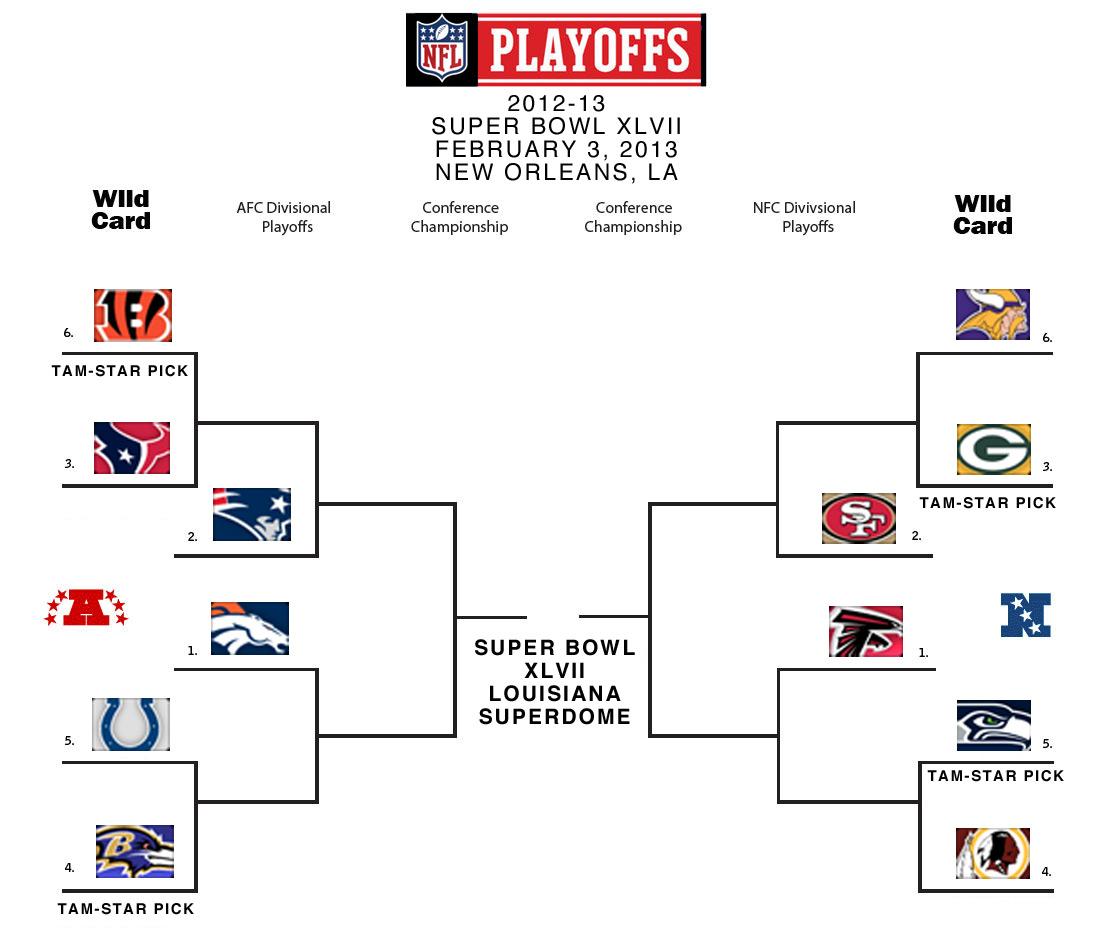