Will the Baltimore Ravens ride the emotional wave of Ray Lewis’ retirement? Will the Patriots help Tom Brady make it to the Super Bowl and perhaps become the greatest NFL QB of all times? The Dirty Birds have only made one Super Bowl appearance in 1998; will they win this weekend to make it their second appearance? Will the 49ers, one of the NFL’s greatest dynasties return to prominence? Questions, questions, questions!

Below are my picks for the 2012-13 NFL Conference Championships. Remember anything can happen on any given Sunday, so Drink and pick responsibly! 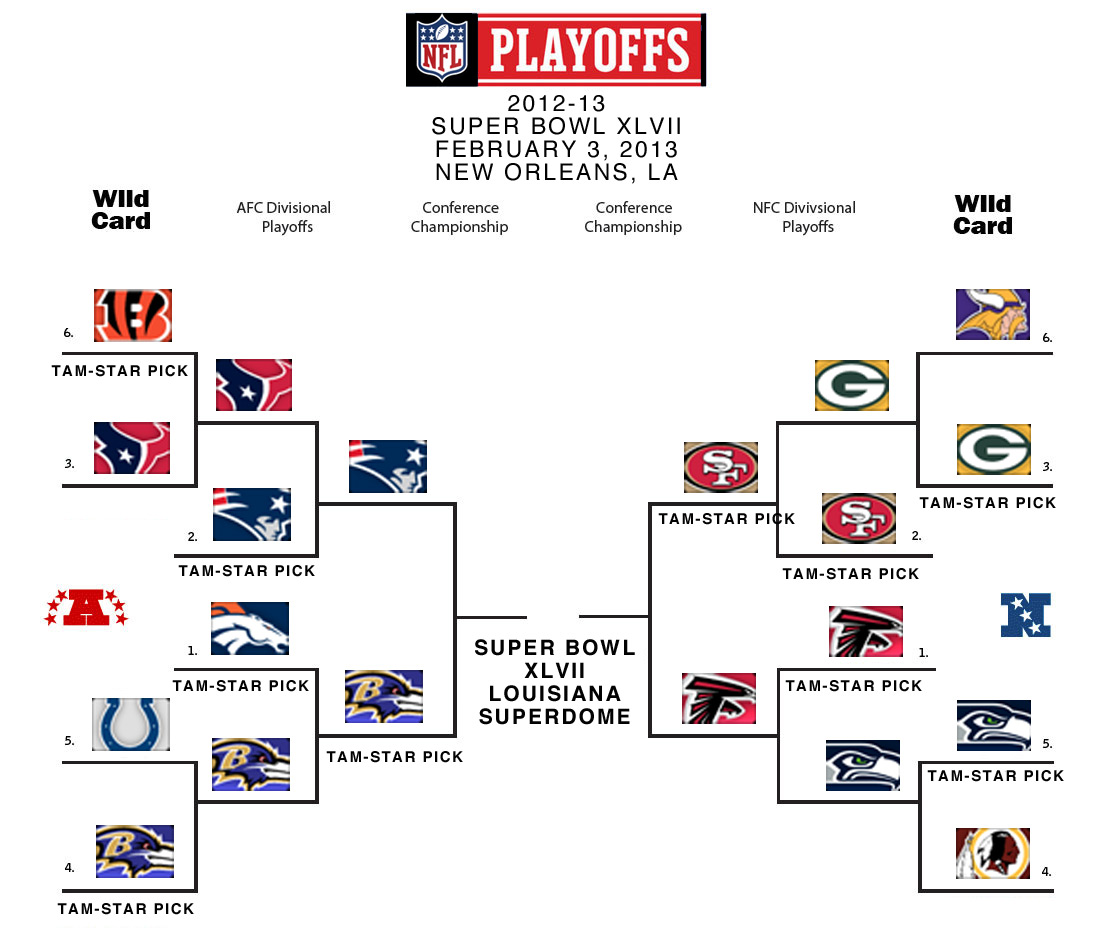 Pick Em’ results for the Playoffs: 6-2