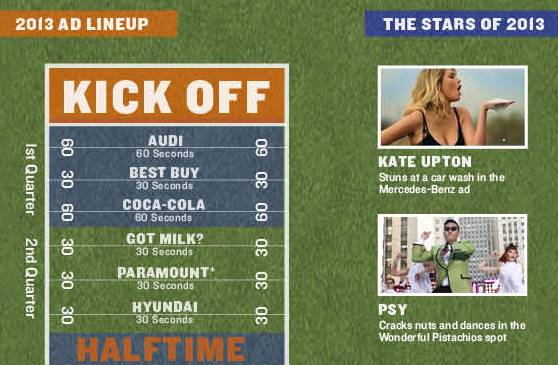 The players are preparing for the big game, so why shouldn’t you? We aren’t talking about stockpiling on beer and chicken wings either. Advertisers are competing for your attention in between the game, so why not have a handy cheat sheet and use it just like a playbook? Let’s face it, Super Bowl commercials have become bigger than the game, so being prepared and prepped for your timeout entertainment is the only way to watch the game.