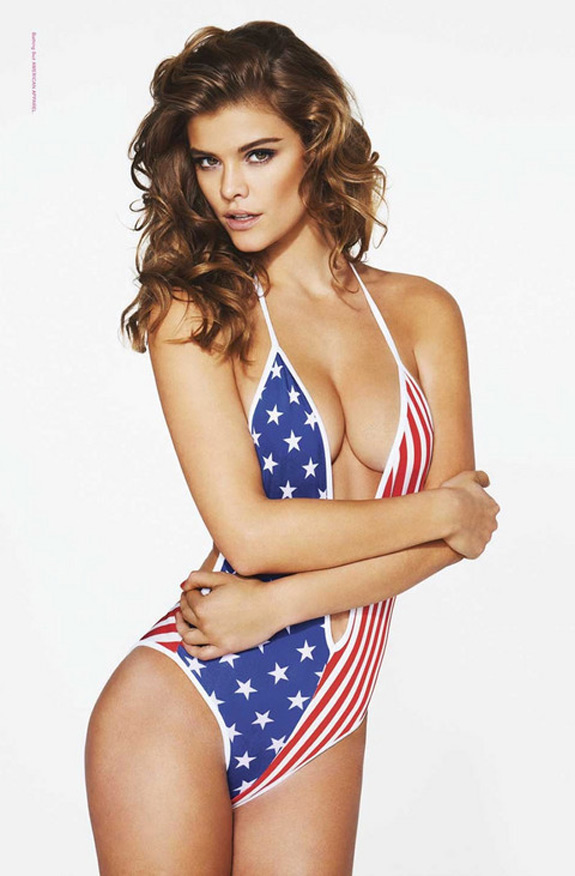 EXCERPTS
AC: Rumor has it you have a lil crush on Justin Bieber…

NA: Oh my God, the Biebs! Justin is having a rough time. I just want to be there for him and support him. I think he’s so cute! Imagine how much he has accomplished. I just think he’s fucking cool man. I was at his concert front row and I was like, “Look at me!” I don’t know if he saw me, but I really, really tried to get his attention.

AC: So, do you have posters of the Biebs all over your bedroom walls?

NA: I actually don’t! I have a lot of photos of him on my phone though.

AC: Moving on. How does it feel to be a “bombshell”?

NA: I really don’t consider myself one. I think it’s just about like… I have boobs! I was born with boobs and a butt. And I’m really confident — I think confidence is the sexiest thing on a woman or any person. I have that so I guess that’s why people think I’m sexy. I dunno.

NA: It premiered during Super Bowl which was really exciting. I love it but I was so nervous about my grandma seeing me in that way. She’s on YouTube, Twitter, Facebook, Instagram everything! But she watched it and said I looked amazing. And really tan — I was so tan! I had like three spray tans.

AC: How many fish sandwiches did you end up eating?!

NA: I didn’t eat all of them, but I think I went through like fifty to seventy five.

AC: OMFG! Do you have any borderline insane asylum Twitter fans?

NA: I think Mila Kunis is sooo sexy. I mean, Rihanna blows me away — she’s to die for. Rihanna, keep it up! You’re making the whole world happy by just looking at you. 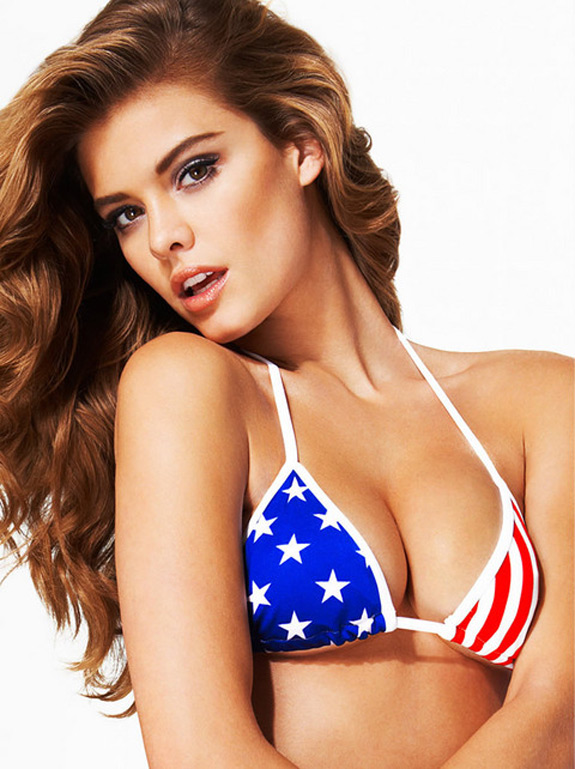 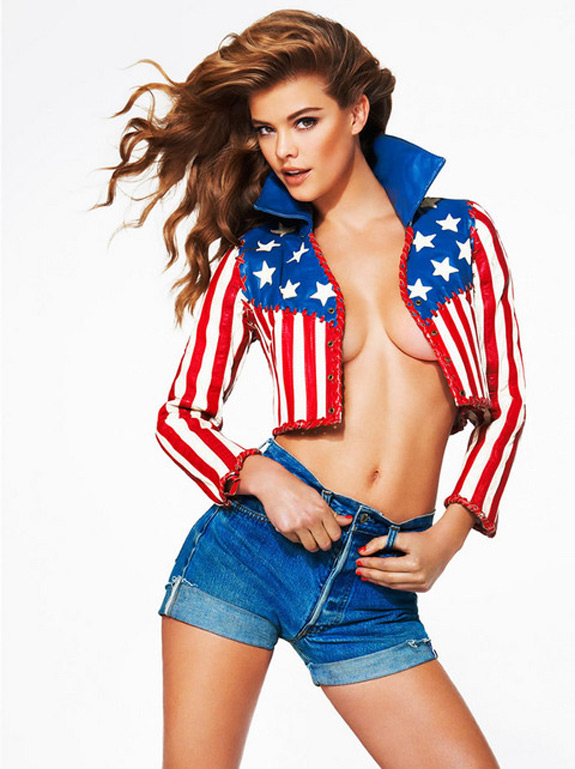