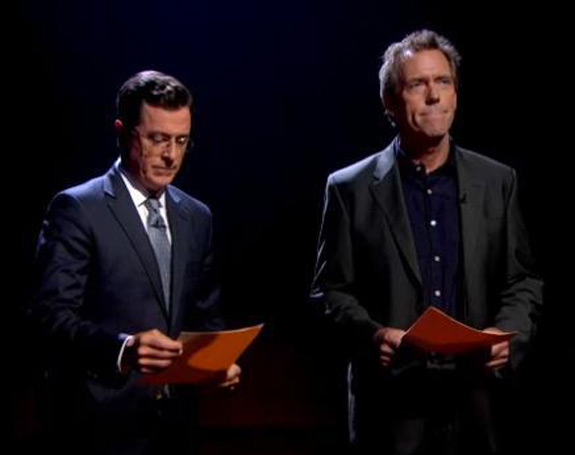 Stephen Colbert invited Sir Hugh Laurie from the TV show House to read a list of what was once considered indecent terms by the big four networks — ABC, CBS, NBC and Fox. Network television believes in order to compete with cable their actors should be able to say some very vulgar language that is currently only used on cable. They have petitioned the FCC for “looser” indecency standards in order to compete with cable, stating that they have lost “cultural clout” by not being able to use profane language on television.

We won’t comment on the hilarious and kinda vulgar video (depending on what you think is explicit), but we will let you know these terms are definitely NSFW according to network television. Therein lies the problem. Now that you have watched the video what do you think?