The NFL Season In 160 Seconds [Video]

Championship Sunday is here and it’s everything you can imagine. In fact, it’s too good. Watching the Manning vs. Brady match-up during the conference championships may be just as awesome as Super Bowl Sunday. Would you agree? There is so much that can be said about the New England Patriots playing the Denver Broncos and the San Francisco 49ers match-up against the Seattle Seahawks, but in reality it’s just too close to predict. I’m rooting for Manning in the Patriots and Broncos match-up. As for that other game, it’s an entirely different ballgame. It’s really too hard to take a side unless you are a fan. I like both teams and both cities are amazing. If I had to pick a team, I would go with Seattle for the sheer purpose of watching Pete Carroll celebrate.

How can you not like Pete Carroll? That guy is always happy. #NFLPlayoffs

Below are my picks for the 2013-14 NFL divisional playoffs. Remember anything can happen on any given Sunday, so drink and pick responsibly! 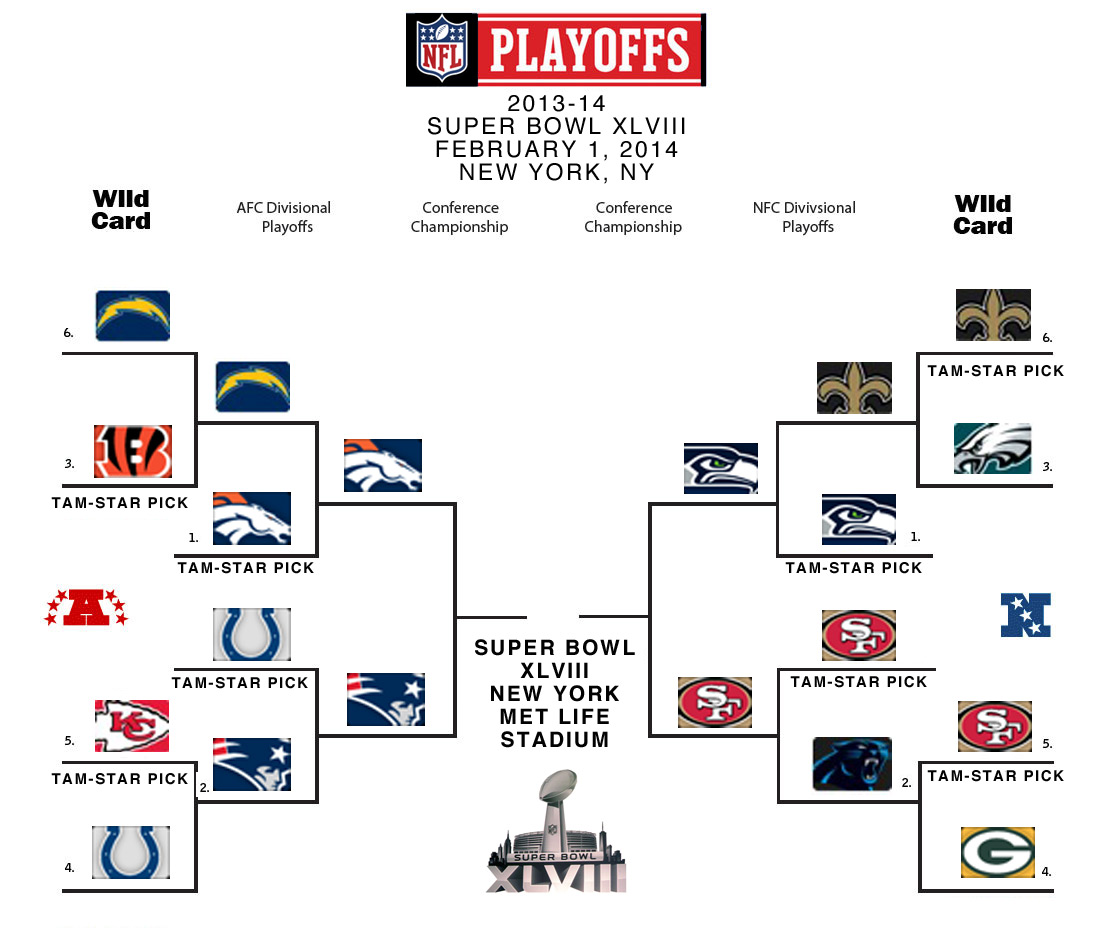