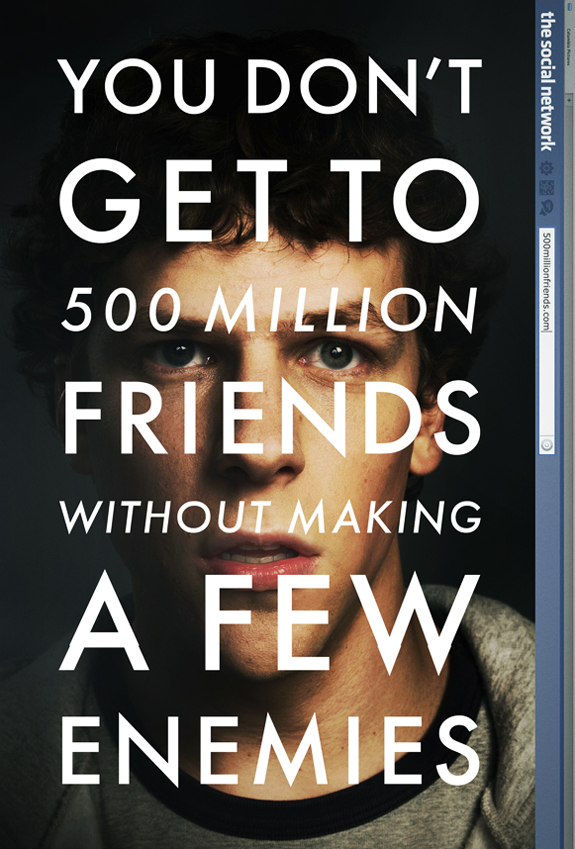 The movie trailer for The Social Network aka The Facebook Movie surfaced a couple of days ago. Based on the book The Accidental Billionaires, The Social Network chronicles the formative days of the founders of the social-networking website, Facebook. Directed by David Fincher of Se7en and Fight Club fame, the movie was written by “West Wing” creator Aaron Sorkin. Jesse Eisenberg of “Zombieland” and “The Squid and the Whale” will star as Facebook founder Mark Zuckerberg. Well-known pop artist Justin Timberlake is also slated to make an appearance. Due to hit theaters October 1st, the tag line for the film is “You can’t make 500 million friends without making a few enemies.”