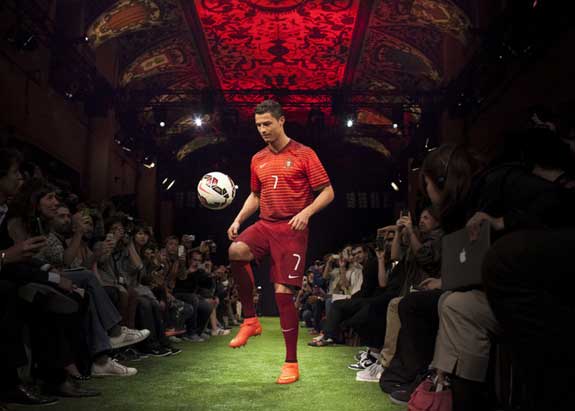 Nike recently unveiled its entire collection of footwear, apparel and equipment innovation for players and fans, inspired by the upcoming FIFA World Cup. To celebrate the upcoming summer of football in Brasil, the World’s best player Cristiano Ronaldo was on hand to help Nike launch a new generation of the Mercurial. 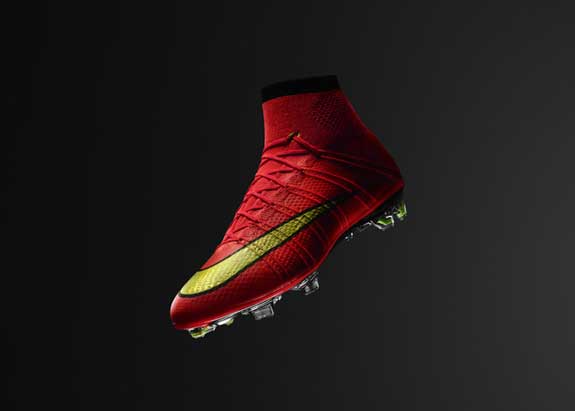 The new Mercurial Superfly along with the high-tech innovated players collection is driven by insights from some of the world’s fastest athletes to match the speed of today’s game. The Superfly’s revolutionary design includes Nike’s most advanced technology: Nike Flyknit. Flyknit is an aggressive 3-D textured knit, which consists of a new three-knit weave that puts less material between the foot and the ball to enhance players’ touch for ultimate control. “With its new design innovations, the 2014 Superfly makes a quantum leap forward in what high performance boots can be – and what they can help players achieve,” said NIKE, Inc. President and CEO Mark Parker at the Madrid unveiling. “Fueled by Nike Flyknit technology and with a bold new silhouette, the Mercurial Superfly will be the boot of choice for the game’s fastest players.” 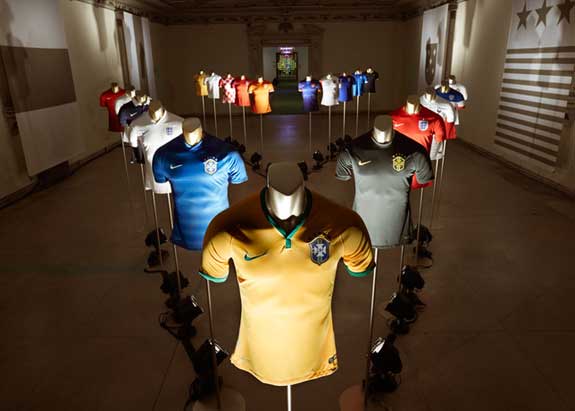 The collection of apparel created by Nike for players to wear throughout various moments of the World Cup is dubbed the “athlete journey” collection. “The overall goal was to create iconic and memorable pieces for the players to wear throughout their time in Brasil,” said Martin Lotti, Creative Director for Nike Football. Lotti and his team also designed and curated a wide range of off-pitch lifestyle pieces linked to each federation for fans. “These collections allow players to be unified and stylish off the field, and are also available for fans to show their support,” said Lotti. “But we also know football inspires people everywhere, so we haven’t just focused on the players, and have collaborated with the larger Nike design community on various special projects connected to this summer.” 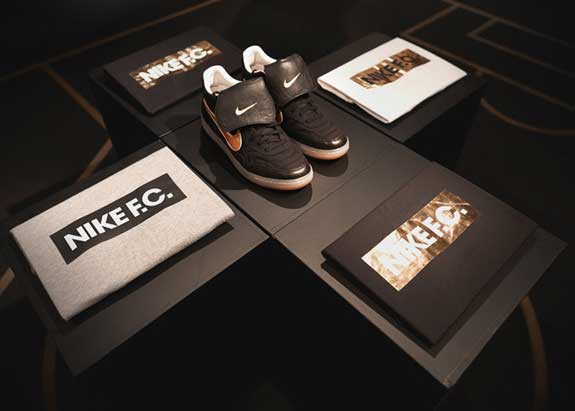 The Mercurial Superfly is available to pre-order at Nike.com from May 26, and on sale from June 12. To learn more about Nike’s entire Football Innovations collection of footwear, apparel, and equipment, make sure to take the jump over to Nike Football.