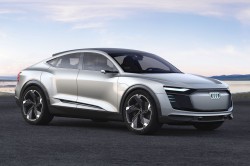 Audi Unveils The Newly Styled A3 E-Tron Sportback For... 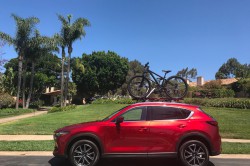 That Hiroshima Spirit: Behind The Wheel Of Mazda’s 2017...

Ford’s Fusion delivers high-performance power, is striking in looks, and equally impactful in function on and off the track.

The Ford Fusion. It’s been the body type used by this vaunted and venerated American motor company’s NASCAR racers since 2006, and we just got a great lesson as to why – Ford let us drive down for the GEICO 500 in Talladega, Alabama with our own complementary 2017 Fusion V6. 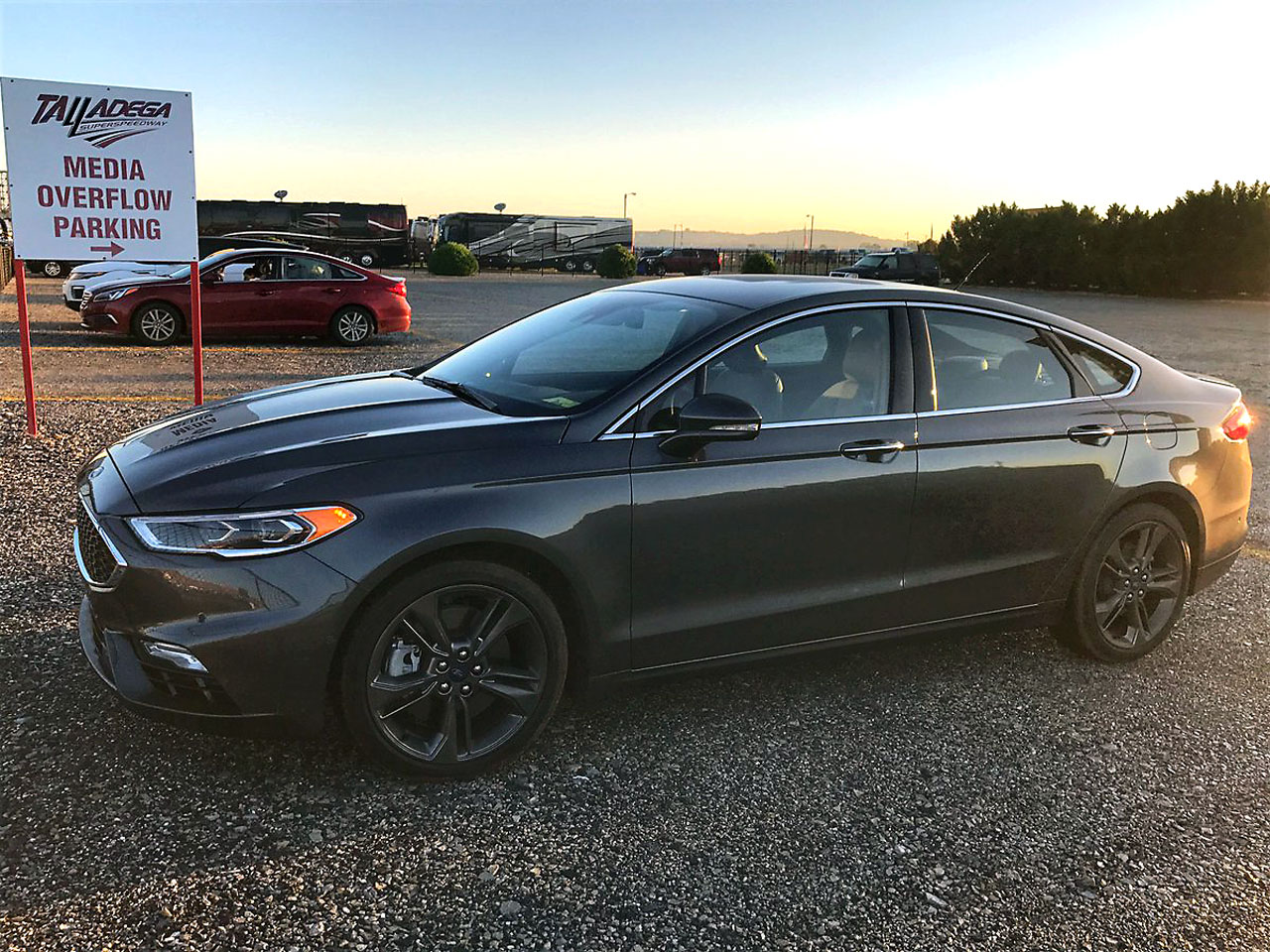 Excited at trying out a hot new ride with a NASCAR pedigree from Atlanta to Talladega and back, we jumped at the chance – and we were not disappointed. This unassuming four-door might look like a family sedan, but thanks to its 325 horsepower 2.7-liter EcoBoost V6, we tore down Interstate 20 like our tail was on fire. With chops like these, it was easy for us to see why Ford made the Fusion the official car for its Ford Performance drivers!

The Ford Fusion wasn’t all muscle, though – this smooth-riding, well-handling sedan was as nimble as a mountain goat dipping in and out of traffic. Thanks to an intelligent all-wheel drive drivetrain, AdvanceTrac electronic stability control, and a continuously controlled damping system that adjusts the suspension when going over potholes, this unassuming beast from the Blue Oval was a simple pleasure to drive, even with spring road conditions after a rough southern winter.

Fast on the Track, Nimble on the Road

Of course, it didn’t hurt that our Fusion V6 Sport was kitted out with the best. Front wheel paddle shifters, heated seats, and a 10-way powered driver’s seat with lumbar support made us feel like we were traveling in style. The Fusion’s stylish, futuristic dashboard layout was just another layer of awesome on top of that. 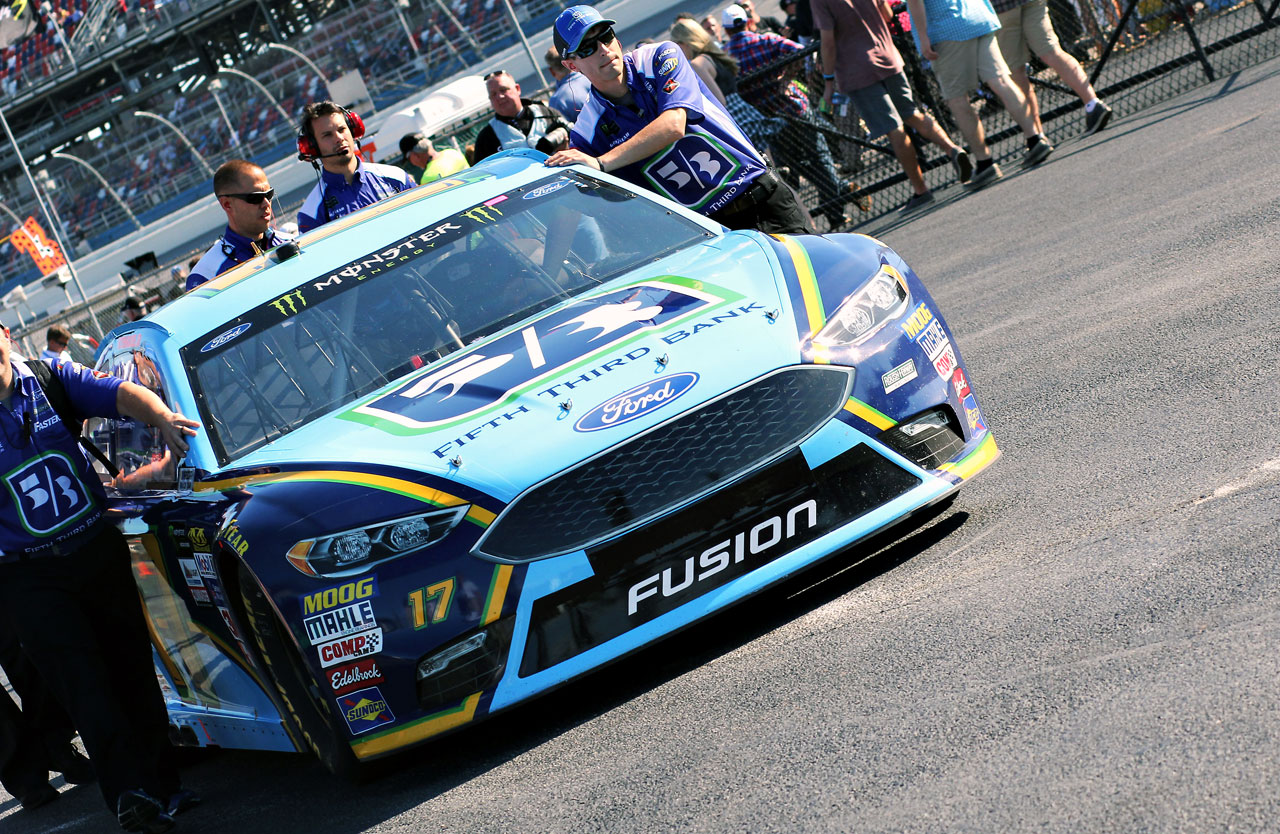 While the ride to Talladega was exciting, it was nothing compared to the race itself. Thanks to our exclusive behind-the-scenes check-in with Ford’s No 17 pit crew as they set up for the race courtesy Ford Performance, we’d like to think that our presence there gave Ricky a little extra luck.

READ: The 2018 Ford Mustang: A Beast On Four Wheels

Trust us, he needed it – the No. 17, driven by Ricky Stenhouse Jr., narrowly avoided a 27-minute red flag caused by a massive 18-car pile up that snarled across the track on lap 168! Ricky, who had captured the pole on Saturday during qualifying, stared down that crash and took Team Ford all the way on Sunday, taking the checkered flag! 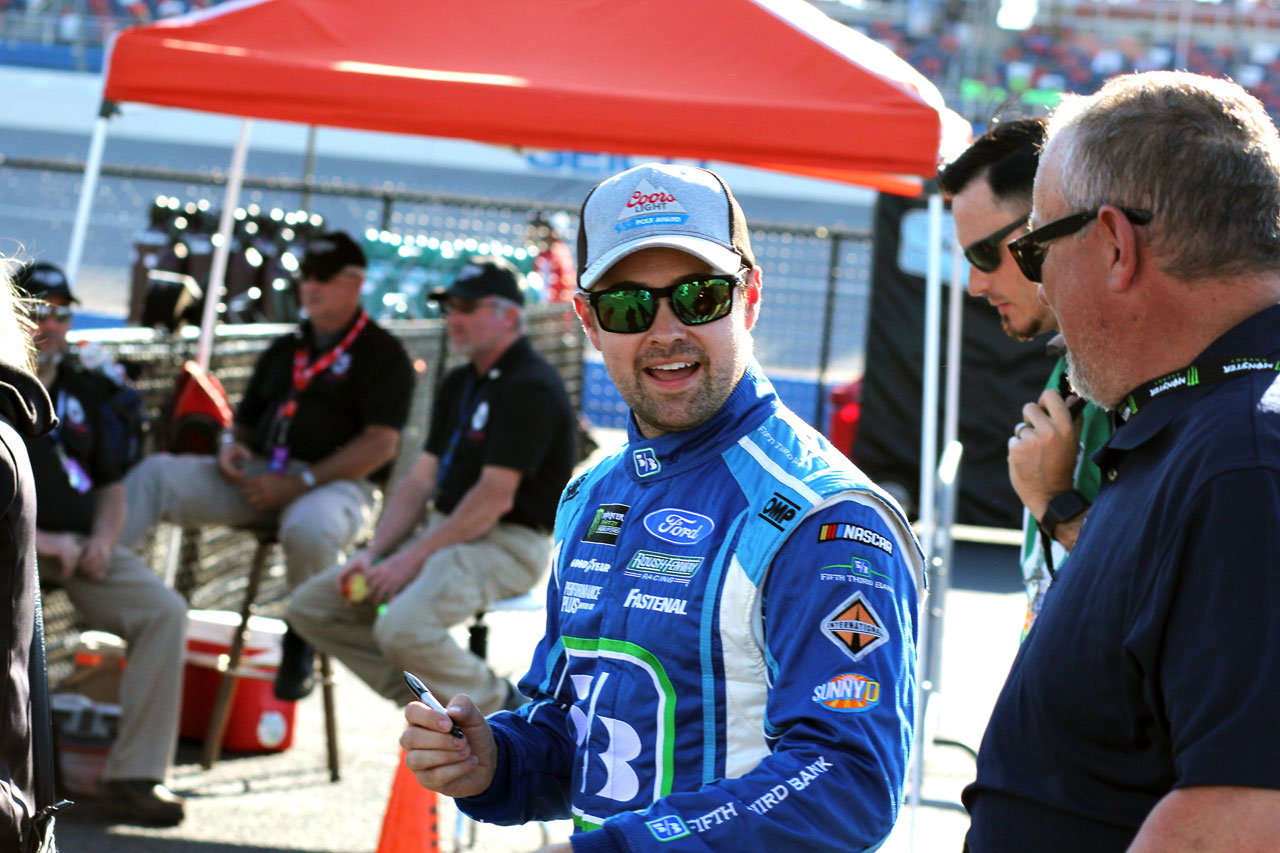 In the end, we’re not sure what was more exciting – watching Ricky walk away with the checkered flag or getting to ride to Talladega and back in our own 2017 Fusion. All we know is that when Ford Performance comes knocking, we’ll answer!

For more information on the 2017 Fusion Sport including safety attributes, power and handling details, interior or exterior features such as SYNC®, an enhanced voice recognition communication and entertainment system standard on all Fusions, make sure to visit Ford.com.