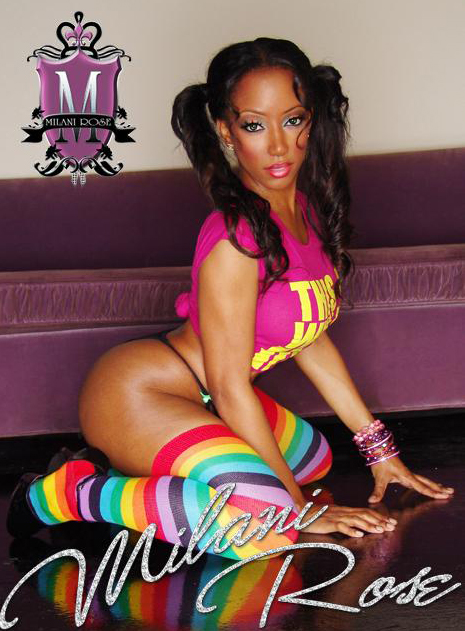 Voted King Magazine’s Web Girl Of The Year in 2008, Milani’s credits include several men’s magazines and music videos. With over 10,000 followers on Twitter, you can often catch Milani posting questions for her followers such as “what is the most memorable sex experience you’ve ever had?”