Best Vodka in the World NOT from Russia or Poland

Although Russia and Poland are known for vodkas, an unknown distillery has stolen the crown of the best vodka in the world. Chase Vodka, produced in the UK, has been named the worlds finest at the 2010 San Francisco World Spirits Competition beating out over 100 other global rivals. 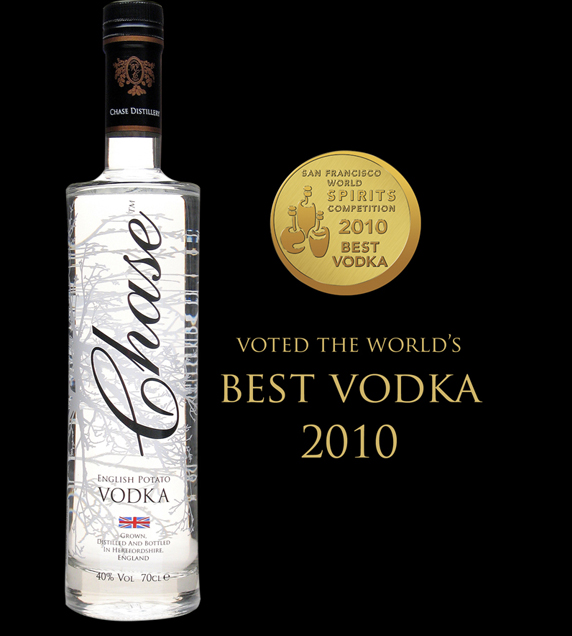 William Chase who was once in the business of making potato chips started selling Vodka about two years ago. After selling his Tyrells Potato Chip brand, he took the money and build a distillery on his Rosemaund Farm where he now produces Chase Vodka. Each bottle of the award-winning vodka is made from 35lbs of potatoes. The potatoes are said to give Chase a sweetness which makes it taste better than traditional vodkas made from cheaper wheat or rye grains.

“One of the unique things about our vodka is it is made from a traditional copper pot, which gives it its character.” – William Chase

Since winning the award demand has risen for Chase Vodka. “Winning the award has been fantastic for us,” Chase said. “Normally we sell 100 bottles a week online but in the last few days we have been selling 300 or 400 a day. The Americans love it. By contrast, we’ve had a few negative comments from the Poles and Russians but you’d expect that.”