theCHIVE ‘I Quit My Job On Dry Erase Board’...

Useful TV Shows to Make You a Better Man 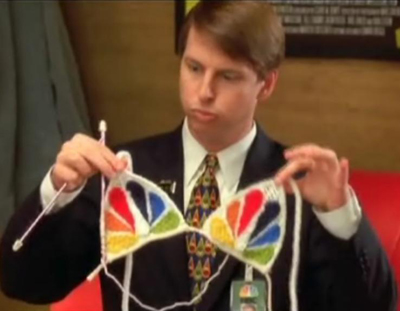 Are you looking for some street cred, a sense of style, or maybe even some masculine mojo? For those of you brave enough to admit you may need help, below is some advice from a man’s point of view. Don’t worry our guy Mike is an expert!

Still struggling to find your masculine mojo? Or maybe you’re just looking to torque up your sense of style, witty banter or modern-music street cred. If you’re looking to be a better man (and we assume that’s why you’re here!), it might not hurt to take a peek at your telly for some “TV Guy-dance.” (Oh, yes, we did!)

That’s right, many of the best role models can be found right in your living room! Here are a few useful TV shows we recommend you monitor closely to help you get your man on.

1. Suit up in style.
You don’t have to show up for work looking like the guy who’s there to water the plants anymore. Check out “Mad Men”’s Don Draper and the rest of the retro dudes who’ve set fashion back 40 years — and gotten a whole lot of women being a lot more nostalgic as a result of their backward-thinking fashion statements. Think: seer-sucker suits, slicked-back hair and super-skinny ties making everything old new and hot again. So if you want to cut a stylish look in the future, take a step back into the ’60s, son.

2. Get in tune with the coolest new bands.
Before “Scrubs” flatlined this season, it held the distinct honor of being the venue for the coolest tunes on the tube. Rock, pop and indie artists used to fight for the right to have their stuff wind up in the ending montages that summed up each episode’s themes. Artists who scrubbed in included Lazlo Blane, The Shins and the Butthole Surfers.

But since this useful TV show went belly up in March, the best place to get a diagnosis of the best new beats is (sigh) the girly “Grey’s Anatomy.” Always featuring new — and surprising — cool acts, each episode is themed and named after a song. (The show was instrumental in launching the careers of Snow Patrol and The Fray.)

Also, if you can repeat this information to any girl (we have scientific data that proves they worship this show), they’ll find you sensitive and open-minded.

3. Learn how to treat a woman … by watching football!
It turns out that some of the most sensitive and supportive men play or coach football. Surprised? Don’t be — this is a TV show we’re talking about.

The high school coach makes sure his players follow his game plan as he dutifully respects and works for his loving wife — who also happens to be the principal. And this season, the star quarterback is willing to follow the golden rules when he steps out of bounds and knocks up a cheerleader. He wants to take care of the girl and the baby and be a dad.

In every case, when the guys are under the gun, they take care of their women with all-star style. Follow their playbook, and you’ll score with any woman.

4. Get your black belt in banter.
Want to be the funniest guy in the room without having to take off your pants … again? Then watch the better-man-friendly “30 Rock.” Pilfer a healthy dose of dialogue from this useful TV show, inject it into your real-life shtick, and you’ll never lack for wit again.

Take this exchange between Liz Lemon (Tina Fey) and boss man Jack Donaghy (Alec Baldwin) as a quality case study of classic comebacks. Her question: “Why are you wearing a tuxedo?” His answer? “It’s after 6. What am I, a farmer?”

Mike Hammer has been a major force in men’s magazines. A one-time Maxim editor, Hammer moved on to become editor in chief of Stuff, then later became the head guy at Shock.