The Evolution of The Geek 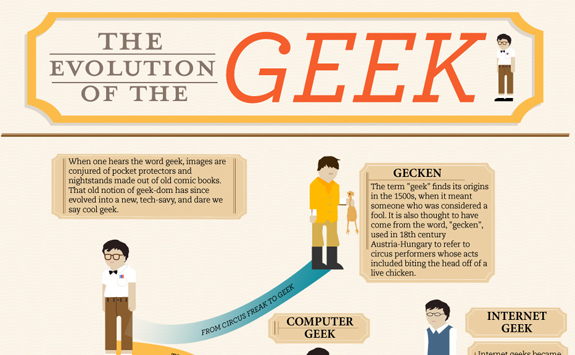 When one hears the word geek, images are conjured of pocket protectors and nightstands made out of old comic books. The old notion of geek-dom has since evolved into a new, tech-savy, and dare we say cool geek. The evolution of the geek has been an interesting path.