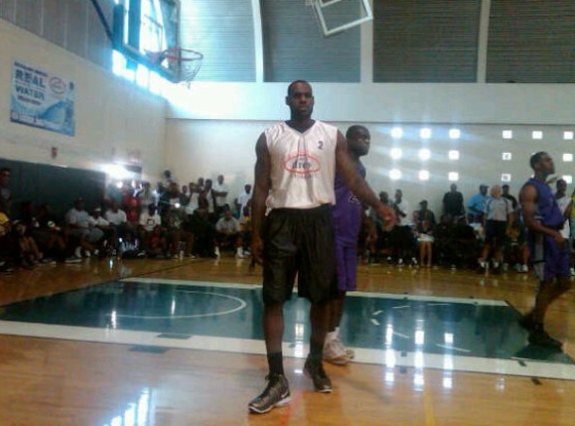 For the past 24 hours the basketball world has been buzzing. No, they aren’t talking about the lockout, but they are raving about LeBron James taking his talents to South Central Los Angeles.

Saturday afternoon fans were treated to a rare surprise when NBA superstar Lebron James made a stop in the neighborhood and threw on a jersey to run a pick-up game at the Drew League. Like street ball haven Rucker Park in New York City, the Drew League occasionally attracts established NBA players. Ron Artest and Kevin Durant have already played a couple of games at the Drew League this summer and thanks to Baron Davis who brought King James by yesterday, the Drew league can now add LeBron to their list of NBA superstars.