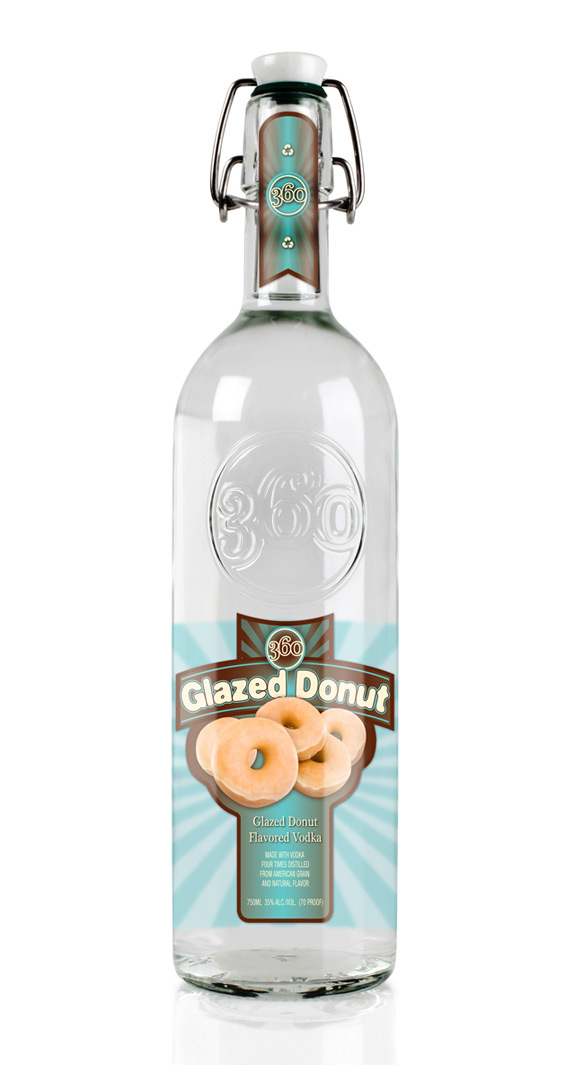 If you happen to get your hands on a bottle of 360 Glazed Donut, below are a few cocktail recipes:

Add all ingredients with a scoop of ice into a blender and blend until desired consistency. Pour into a rocks glass and top with whipped cream. Garnish with chocolate sprinkles.

Add all ingredients into a mixing glass filled with ice and shake. Strain into a chilled martini glass rimmed with sugar and cinnamon. Garnish with an apple slice.

Add all ingredients into a mixing glass filled with ice and shake. Strain into a chilled martini glass rimmed with sugar and cocoa (optional).

Sounds yummy, huh? Looking for more unusual recipes and flavors or curious where you can pick up a bottle? Make sure to check out vodka360.com. Retail $15.99