Caption This: Chris Bosh Celebrating With His Mouth… 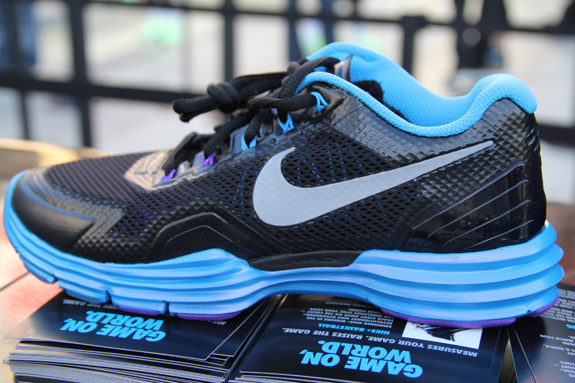 The dunk seen on ESPN’s SportsCenter…Jus Fly! Yes, that dunk. Yes, we are talking about that guy, Jus Fly, the one who did the cartwheel, picked up the ball, and went in for the dunk during the Nike+ Basketball “Game On, World” slam dunk contest at LA Live in Los Angeles. Yes, we were there and we have all the details on the new Nike shoe Jus Fly was wearing, how Nike was able to measure his vertical jump, and more on his dunk clinic. 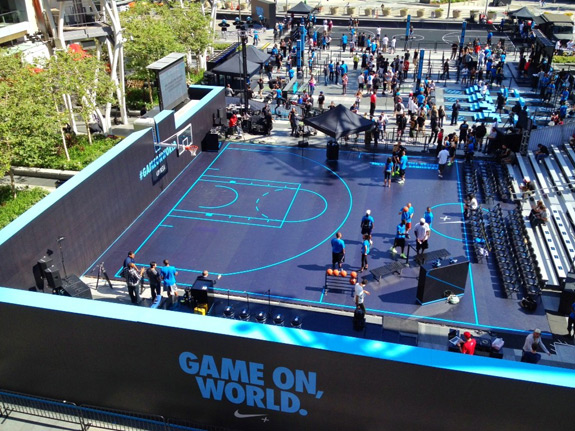 Nike+ Basketball has decided to raise the game of the streetballer while changing the game. In a revolutionary experience, Nike+ Basketball is connecting digitally enabled footwear with an interactive mobile application bridging the physical world of sport with the social elements of digital. First unveiled for running products in 2006, NIKE+ already has seven million digitally connected athletes and is quickly growing with the recent launch of the Nike+ FuelBand, a wrist-based device designed to track everyday activity.

“I think Nike+ Basketball will change the game… Giving every player access to this level of information will have a huge impact on the way players train and play the game.” ~ LeBron James.

The new NIKE+ enabled basketball shoe can track information on all your movements (i.e. how high, how quick, etc) and deliver the information to you. For those of us luckily enough to be in attendance at Nike+ Basketball “Game On, World” slam dunk contest we were fortunate enough to see exactly how it works thanks streetballer Jus Fly and the Nike Lunar Hyperdunk digitally enabled sneaker he was wearing. 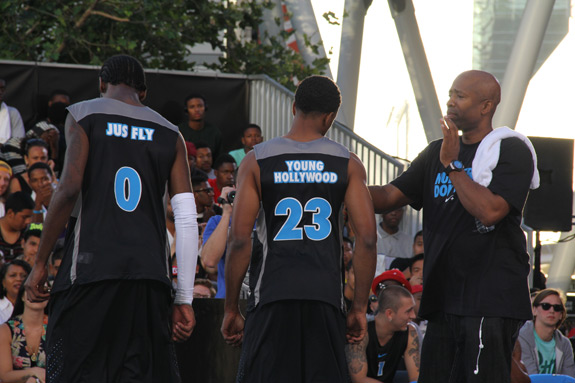 Are you ready for Game On, World? #GameOnWorld