Fake Dinosaur And Not So Scared Strangers In Jurassic Prank [Video] 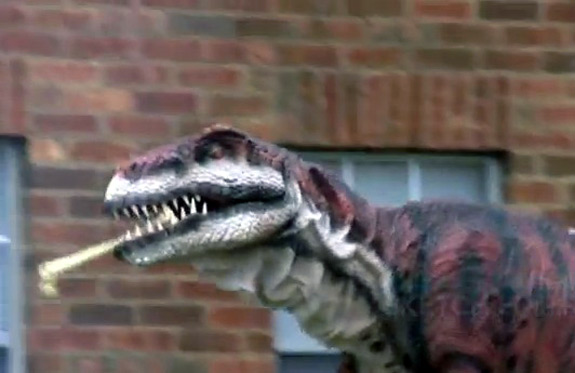 Roman Atwoods Sketch Empire which consists of a small group of guys in Columbus, Ohio who are addicted to creating original practical jokes and sketch comedy may have created the most jurassic prank of all. Using a fake dinosaur, the guys hit the streets to prank and scare random strangers. No one seemed to be really frightened, but the prank was awesome.

Check out the Jurassic Prank below and let us know what you think. Funny or not? Would you have been scared?