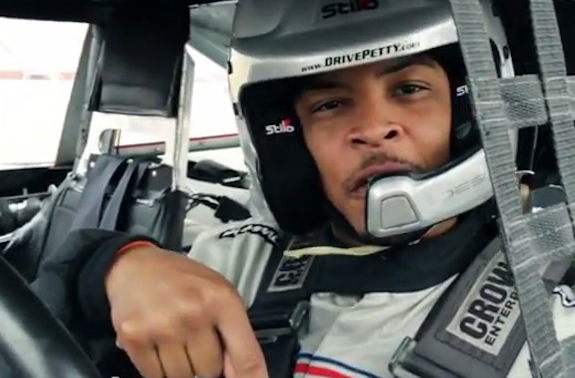 Rapper T.I. had a once in a lifetime experience when he hit the Atlanta Motor Speedway at 150 mph in a real life NASCAR race car. With the help of Richard Petty Racing, T.I. was given a crash course (no pun intended) in NASCAR driving and allowed to hit the track solo. As T.I. said, he got a chance to “drive fast and not get a ticket.”

As a NASCAR fan the opportunity to drive around the track is the ultimate. Last year, I got the chance to hit the track and like Bobby Ricky all I could say was “I wanna go FAST.” I wasn’t behind the wheel driving like T.I., but I did enjoy riding in the backseat as a real NASCAR driver chauffeured me.

READ: Pursuit To Capture The Crown With Crown Royal At NASCAR’s Curtiss Shaver 400 At The Brickyard