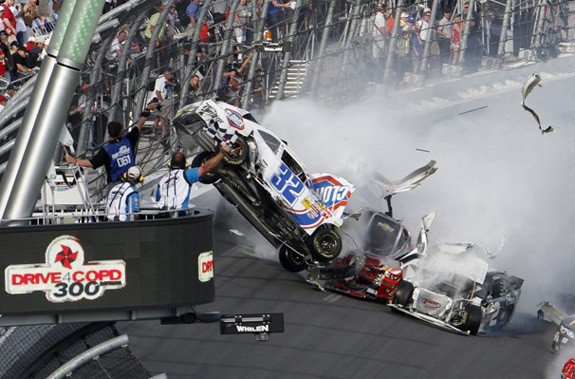 Going into opening weekend of the NASCAR Sprint Cup Series, most of the conversations about the 55th running of the Daytona 500 was all the hype surrounding Danica Patrick. Unfortunately, as we prepare for what is considered the Super Bowl of racing, talk has turned to the fluke accident that injured 28 fans during Saturday’s Nationwide Series season opening race.

A terrible crash involving Kyle Larson and 11 other drivers at the Daytona International Speedway sent debris into the stands injuring spectators during the final lap. Larson’s car was demolished as it went flying into the steel and foam reduction safety barrier (catch-fence) that is in place to protect fans. Large chunks of debris not only went over the fence into the grandstand, but Larson’s burning engine collapsed the steel safety fence.

As a NASCAR fan, I can’t help but think how did something so horrific happen. I have talked about how accidents (when no one is injured) can be good for NASCAR because it brings a national audience and awareness to the sport; however, what happened in Saturday’s Nationwide race was not beneficial for anyone. When a fan or driver is seriously injured the sport is forever changed.

VIDEO: View From The Stands

Tony Stewart may have won Saturday’s race at Daytona, but his victory celebration was overshadowed by the unfortunate crash that resulted in injuries to fans watching from the stands. As Tony Stewart said after getting out his car, “The important thing is what’s going on on the frontstretch right now… we’ve always known since racing was started this is a dangerous sport. But it’s hard. We assume that risk. It’s hard when the fans get caught up in it.”

Ironically, a woman injured in Saturday’s crash said she is not going to miss the 55th Daytona 500 as she was leaving the hospital in a wheelchair. I have said this many times, but I must say it again; how can you not appreciate NASCAR fans? 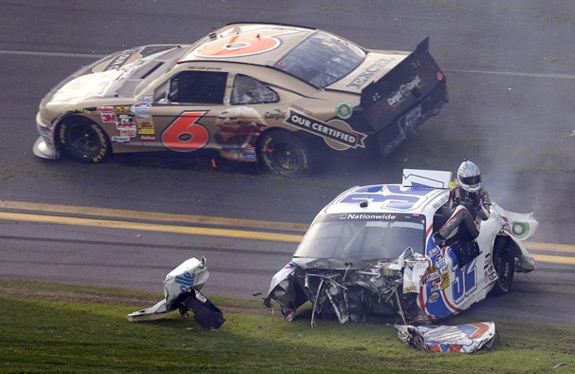