What Does Her Hair Say About Her?

How To Talk To Women: Do You Know What To Say? 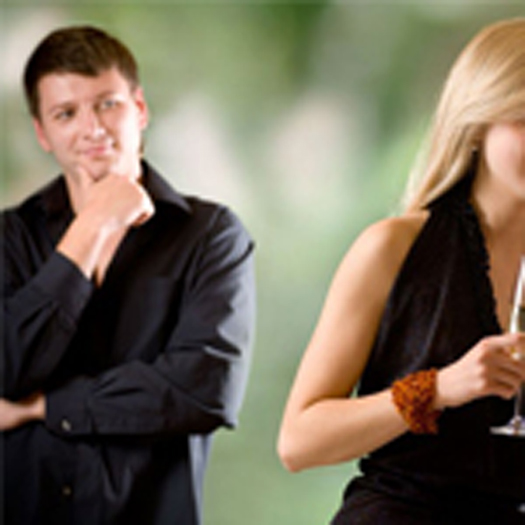 Do you have a hard time talking to women? For those of you brave enough to admit you may need help, below is some advice from a man’s point of view. Don’t worry our guy Mike is an expert!


Hey, you! Yeah, you. Solitary man in the corner. With nobody to talk to. That’s right, we’re talking to you, hermit boy! It’s time to get over yourself and start getting it on with the ladies. All it takes is a little self-confidence – and maybe losing the pleated trousers.

First of all, to connect with a lady, you have to actually try. That means you need to relax, suck it up and channel your inner winner. Vernacular: Let people (we’re talking girls here, Romeo) know who you really are. So if you’re dusting off some killer dialogue like, “Do you sleep on your stomach … ’cause I’d sure like to,” they’ll know who you really are — a loser. Which you’re not! So read on.

Opening Lines
“The best opening line is a smile and a friendly hello”, says networking guru Susan Roane, whose books on the topic include How to Work a Room.
Interpretation: Guys often think they need to roll up to a lady like Daniel Craig on Viagra. But unless you starred in a Bond film (or have access to a hospitality suite at Anfield), lounge lizard lines sound pretty sleazy. And if your chat up lines sounds like something Austin Powers would say, best to call it a night before leaving the house.

“Contrived opening lines come with inherent pitfalls”, says dating counsellor Amy Owens, known as The Singles Coach on the Web and the author of The Itty Bitty Breakup Book. “If a man’s greeting appears contrived — and most phony ones do — the woman’s apt to think he’s trying way too hard. She may even wonder what he’s trying to prove”.

Owens advises guys to keep it simple and focused on the woman. “A good opening line is simply, ‘How’s your day going?’ Asked in a friendly manner, this question invites a woman to tell you what’s really going on with her. If she’s having a bad day, you’ll get an idea of her capacity and style for dealing with adversity. If she’s having a good day, you’ll know what makes her happy — a question most men would love to have the answer for.”

Roane even suggests preparing a little five- to seven-second self-introduction script, custom-built for the event you’re attending. Example: “Hi, my name is Mike, and I’m a friend of the groom. How about you?”

Talk to Her
New York psychologist JoAnn Magdoff suggests tailoring your conversation to the woman. “Telling a girl she has beautiful eyes sounds a little bit too generic and a lot less believable than making a comment about a unique bracelet she’s wearing or the dress she picked out for the occasion,” she says. “This makes it sound like you’re actually interested in her – not just any woman.”

Engage Her (and You)
“If you’re at a football match for example, ask her how long she’s been a fan,” Magdoff advises. “If you’re at a resort, ask her if the place has lived up to her expectations. Engage her in conversation that’s relevant to her — and you. This way, you won’t have to search for crazy topics you have no expertise in.”

Stay True
Hear that, all you “film producers,” “billionaires” and “astronauts”? Stick to stuff you know. “If you’re being fake, chances are a woman will see right through it,” says Magdoff. And while you’re at it, actually listen to what she has to say. If she’s hot, even her summation of this morning’s GMTV programme will sound profound. Trust us.

Show Interest
“Be genuinely interested in who she is and how she presents herself,” Magdoff adds. “Pay attention and you’ll pick up cues from her about what she wants to talk about. When you do, she’ll be more interested in hearing about you and your interests.”

Be Body-conscious
You can also connect with body language — just make sure it’s not foul language. “Don’t lean in too much,” Magdoff warns. “At least until her body language gives you the invitation.” Owens agrees, insisting you let the woman set the pace: “If she casually touches your arm after several comments back and forth, that signals that she trusts you and would be interested in getting to know you.”
So there they are, guys, the keys to casual conversation with a woman. From the experts. All of whom happen to be women. If these tips don’t work, well, maybe she’s just not that into you.

Mike Hammer has been a major force in men’s magazines. A one-time Maxim editor, Hammer moved on to become editor in chief of Stuff, then later became the head guy at Shock.

One Response to How To Talk To Women: Do You Know What To Say?