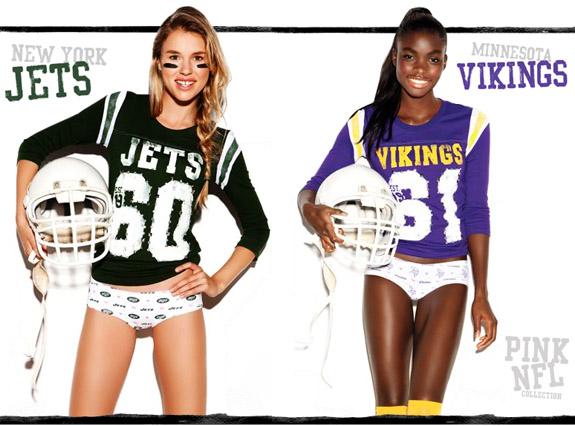 Victoria’s Secret recently kicked off their exclusive licensed NFL-themed merchandise. Hoping to capitalize on the upcoming NFL season, Victoria’s Secret (VS) PINK is offering an assortment of tees, sweats, hoodies, tank tops, and lingerie in partnership with the NFL. The deal includes featuring the names and logos of 13 teams which include the Chicago Bears, Dallas Cowboys, Denver Broncos, Minnesota Vikings, New England Patriots, New York Giants, New York Jets, Oakland Raiders, Philadelphia Eagles, Pittsburgh Steelers, San Diego Chargers, Washington Redskins and Carolina Panthers. For the guy who would love to see his girlfriend dressed in his favorite team colors, the collection is now available online at VSPink.com and will be available in select Victoria’s Secret stores next week. 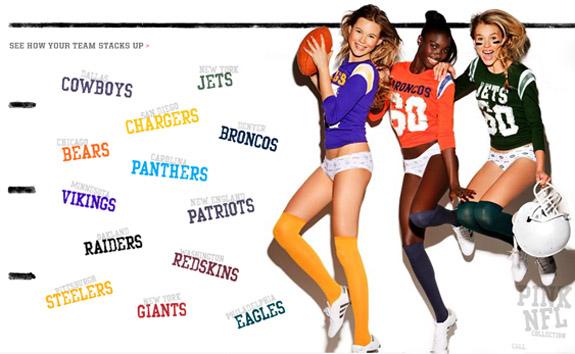 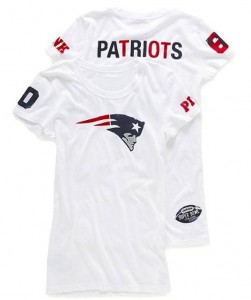 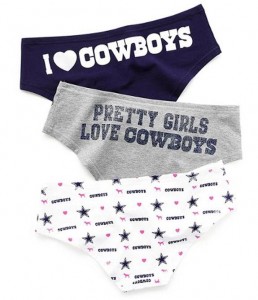