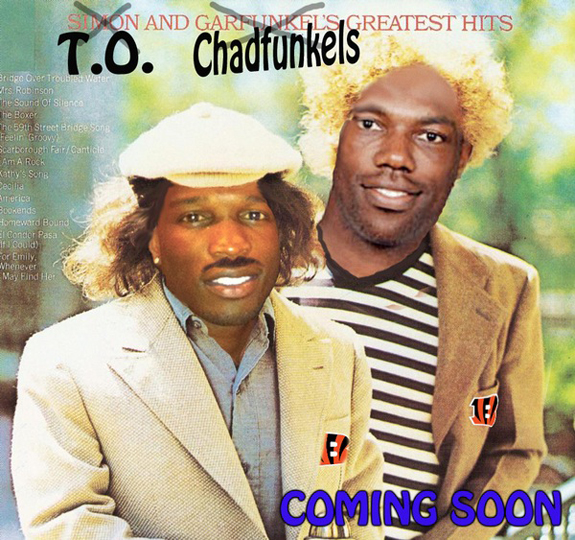 Terrell Owens agreed to a one-year deal with the Cincinnati Bengals pairing him with his buddy Chad OchoCinco. Both players are flashy, have big personalities, and more importantly add a touch of “showboating” that the NFL has been missing since the 90’s. Long gone are the flamboyant days of Deion “Prime Time” Sanders thanks to ex-NFL Commissioner Paul Tagliabue and as you have witnessed new commish Roger Goodell is definitely a no-nonsense type a guy. For those of us that are fans of touchdown shenanigans and celebrations this news is exciting. After all, Terrell Owens and Chad OchoCinco are synonymous with NFL antics.

A few days ago, Chad OchoCingo made an unofficial announcement via Twitter aka “OCNN”. The message by way of a Twit Pic had the following caption: 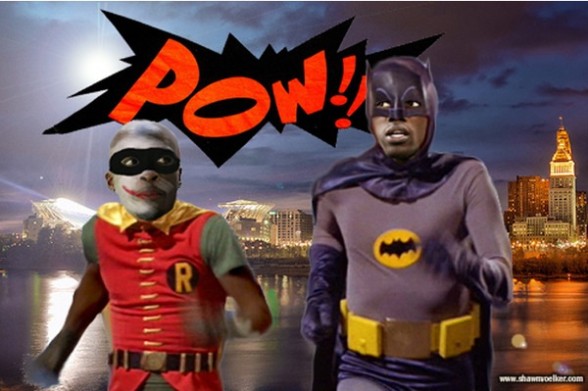 Coming soon to a city near you if your playing the Bengals, Batman= T.O. Robin= Esteban

Now that T.O.’s signing is officially, the frenzy has begun. Bloggers and journalist are posing all kinds of questions including whether or not there will be a new VH1 show and speculation on what type of touchdown celebrations we should expect. Colorful views, comments, and headlines are to be expected. However, the one question that remains unanswered is can two big egos exist on one field? 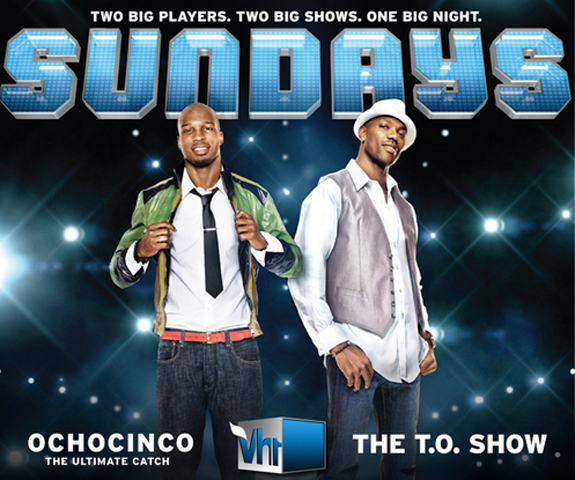 Excerpts of Stories From Around The Web

Jocks and Stiletto Jill
It’s Official T.O. to The Bengals
Chad has been openly campaigning for this move to happen for months so it’s really not a surprise move. Keeping up with Ochocinco’s on the field exploits last year was one of the more entertaining aspects in my quest to gain a greater appreciation for football.

I wonder if VH1 is thinking of some sort of combo show now that the 2 are teammates. A quest for love and football supremacy! After all, they are under contract!

ESPN
Five reasons why T.O. will work in Cincy
3. The Bengals have plenty of experience with brash WRs
Analysis: What better way to prepare for Owens’ arrival than to have years and years of Ochocinco? The two are very good friends and similar in the type of attention they draw in the locker room. Sure, sometimes they may go overboard with antics and entertainment. But it’s not as if the Bengals haven’t had to deal with that before.

Bleacher Report
Terrell Owens and Chad Ochocinco Are Hot Pair for Cincinnati Bengals
Is this receiving duo the NFL’s version of LeBron James joining up with Dwayne Wade?

Obviously, these are different sports, but two mega-powers at the receiver position have just come together to form a very dangerous set of weapons for Bengals quarterback Carson Palmer.

After having his own VH1 show one year ago, “The T.O. Show” got picked up for a second season this summer. In the first episode, Owens said he might be done with football.

As a bonus, click here for a timeline of Terrell Owens’ most infamous antics between 2001 and 2006.