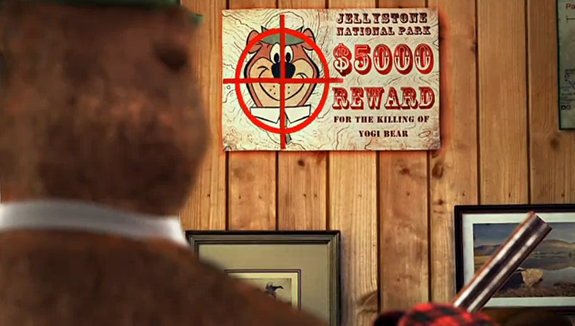 This is supposed to be a kid’s movie, right? The YouTube description for the video states:

This is an independently made parody with no association to Warner Brothers or the producers and actors of the 2010 “Yogi Bear” film. This is a parody meant for adult viewing only as it may be disturbing to children.

My question is simple… How did they recreate Yogi? This looks like an inside “studio” job. Definitely a great promotion vehicle for the movie that just so happens hit theaters this weekend.