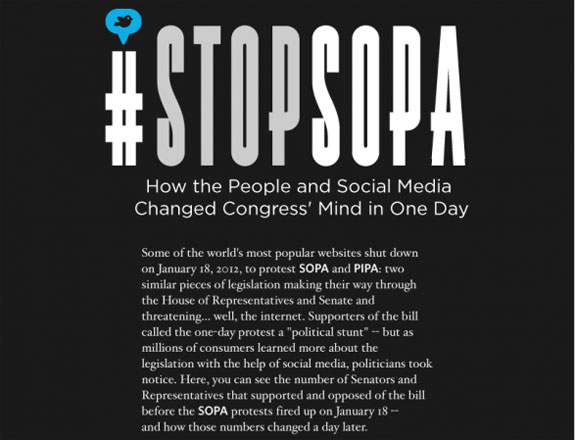 You may have heard about or noticed that many sites including Google blackout. In addition to Google, some of the world’s most popular websites shut down on January 18, 2012, to protest SOPA and PIPA: two similar pieces of legislation making their way through the House of Representatives and Senate and threatening…. well, the intent. Supporters of the bill called the one-day protest a “political stunt” — but as millions of consumers learned more about the legislation with the help of social media, politicians took notice.