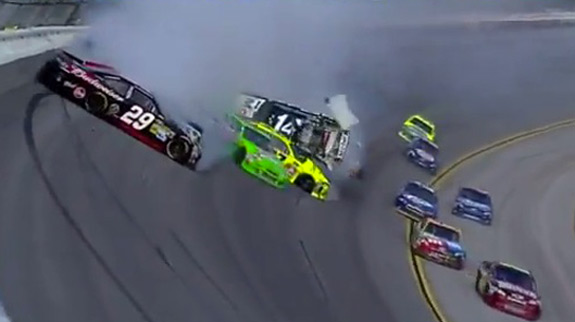 What a CRAZY finish. In the words of Jeff Gordon, “I never seen anything like it … bumper-cars at 200 mph.” “It was just insane,” Gordon said. Reminiscent of the first race of the year when Matt Kenseth won a very bizarre, rainy, and fiery Daytona 500, he took the checkered flag at this years Sam Roadside Assistance 500 at Talladega Superspeedway. 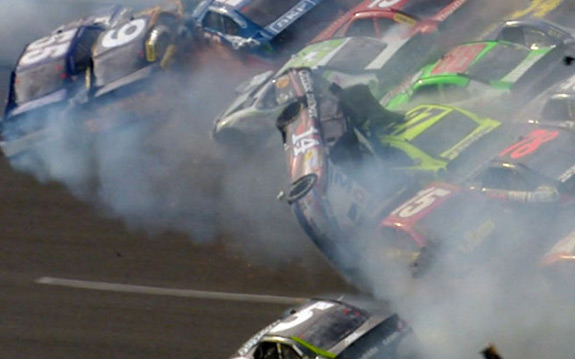 All day there were a few near misses as the field of drivers were pushing, shoving and drifting more than a bunch of linebackers in an NFL game. You could feel the tension and almost predict something was bound to happen. What no one expected was a 20 car pile up in the last lap of the race. 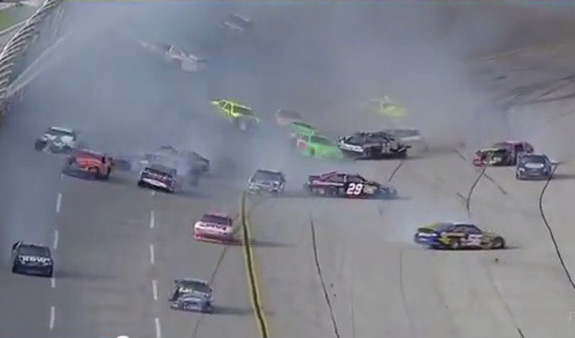 Trying to explain exactly what happened doesn’t give you the full effect of how epic this race was. Watching Kurt Busch crash shortly after leading at Talladega and then being “parked” by NASCAR officials for ignoring an order to stop was priceless. Everything else that transpired left me speechless. You must watch the video replay of the massive wreck to relive it, to experience it, and to understand just how awesome NASCAR is. It was clear who caused the wreck, but after the race, Tony Stewart took the blame.

“It’s my fault,” Stewart said. “I take 100 percent of the blame. I was trying to win the race and stay ahead and Michael got a big head of a steam. I turned down across the front of his car. It was a mistake on my part, but it made for a bad day for a lot of other guys.”

“We should shorten the race because everybody is just waiting to see the end.” ~ Clint Bowyer 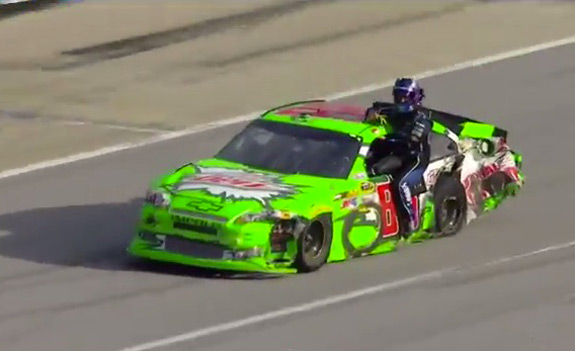 Although it was very impressive watching Matt Kenseth ride on to the finish line while all the debris was flying high behind him, the highlight for me was seeing #88 ride around the Talladega Superspeedway with Jimmie Johnson on the door of his wrecked car. Dale Earnhardt Jr. is just gangster.