Top 20 Must See Guy Movies According to Tim 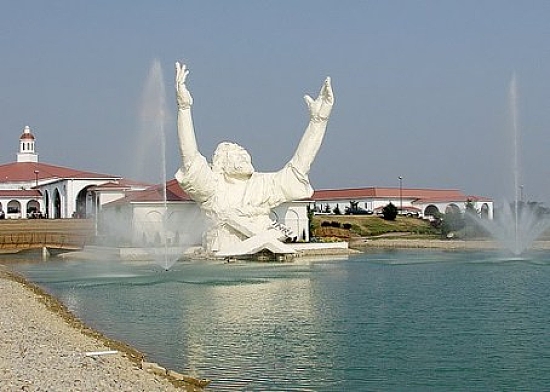 A six-story-tall statue of Jesus with his arms raised build in 2004 outside Monroe, Ohio was struck by lightning in a thunderstorm Monday night and burned to the ground. The statue was named “King of Kings” but became known as the “Touchdown Jesus” as the arms resembled the signal a referee makes for a touchdown in professional football. The statue was constructed of wood, styrofoam, and fiberglass over a steel framework. The surrounding area where the Touchdown Jesus stood included less-than-religious establishments on all sides, including a Hustler store.