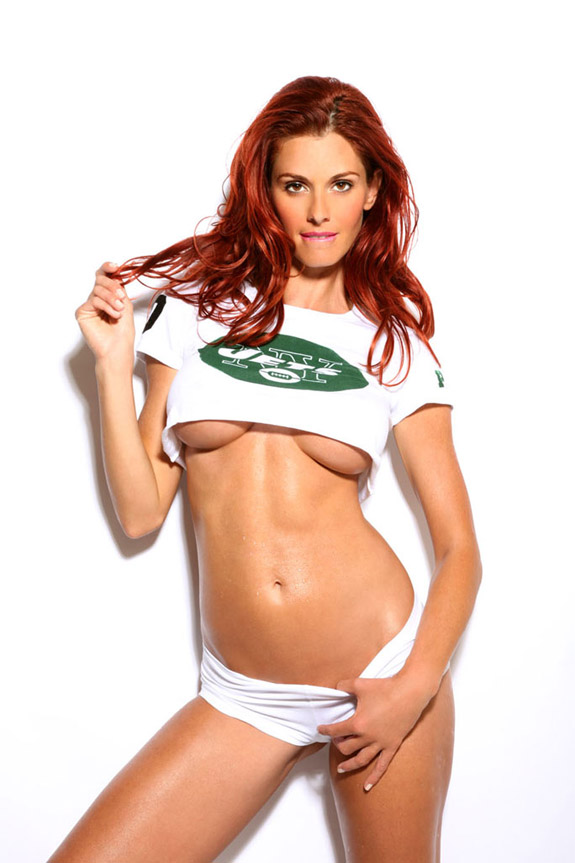 Now that the lockout has ended we have seen a frenzy of transactions. Reggie Bush took his talents to South Beach, the New England Patriots decided to take a gamble on Albert Haynesworth and Donovan McNabb (he needs to retire) is trying to pick-up where Brett Favre left off a couple of years ago in Minnesota. Vince Young is headed no where and my team the J-E-T-S are turning into the Miami Heat (they WILL win the Super Bowl though) of the NFL, resigning Santonio Holmes to a five year deal worth $50 million with $24 million guaranteed. We have yet to hear the fate of Randy Moss and Braylan Edwards to name a few, but this just in Chad Ochocinco to New England (should be interesting). With all the activity who wouldn’t be excited… where there is NFL players of course there are some EXCITED hot girls or should we say “playmates.” Playmate Jaime Faith Edmondson decided to share her excitement about the NFL lockout being over with these carefully crafted words:

“Right now, my heart is pounding and I’m smiling like a freakin’ fool. So I’m excited for the entire league to get back to work, but I’m also looking forward to seeing how the free agent market is going to shape up and whether all the rookie contracts will get taken care of in ample time. And I’m especially excited to see what’s going to happen with my team, the Miami Dolphins, and what my direct rivals will do in the Jets and Patriots. I’m in straight football mode.

I’m a huge fan of training camp, too. When I was a cheerleader for the Dolphins, our facility was at the same place where the Dolphins practiced, so we would walk into our facility during July and August when the team’s two-a-days were going on. To this day, I could close my eyes and still smell and feel that heat and humidity and grass in South Florida. I could smell that sweaty offensive lineman and I love that smell. It gets my gut slut hormones flowing when I smell an offensive lineman sweating in Miami heat in August!” 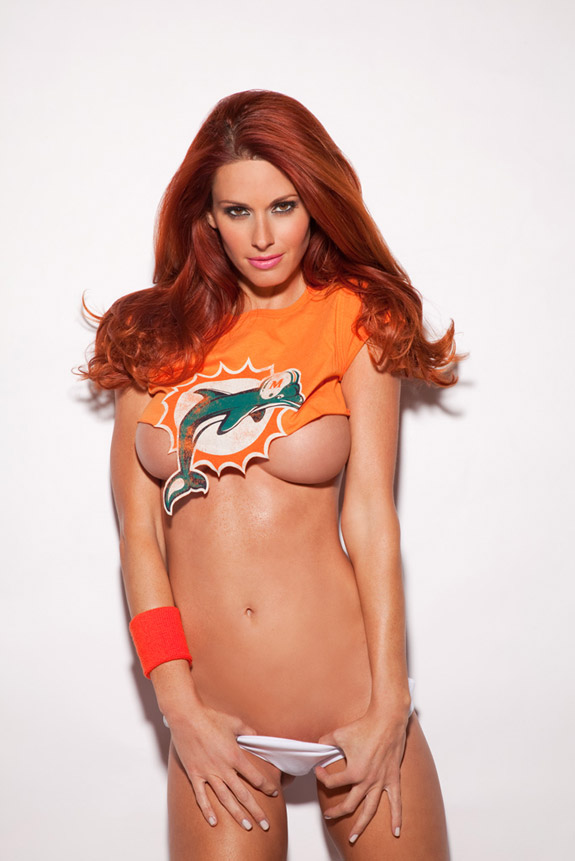 Everyone let’s laugh together at “My Gut Slut Hormones.” For those that are a little bit more curious about her credentials, she was a Miami Dolphins cheerleader for six years and was even named an NFL Pro Bowl Cheerleader in 2007. In an interesting more impressive twist, she majored in Criminology while attending Florida Atlantic University and she comes from a long line of police officers even becoming one. And if she looks familiar, you probably recognize her as a former contestant on The Amazing Race.