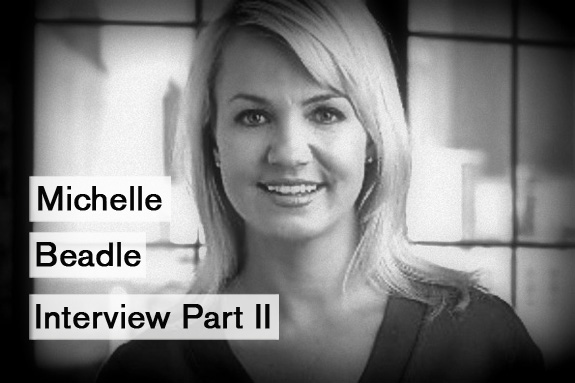 ESPN’s Sports Nation host, Michelle Beadle, is possibly every man’s dream. That is of course if you like hot, sports savvy, awesome women, that have tons of talent and can hang with the guys! Now, one of the most recognizable female reporters on ESPN is hosting a new sports show airing on ABC, called the Winner’s Bracket. She’s busy alright, but still made time to sit with Mankind Unplugged’s Heather Welborn and Super Bowl champion Jason David to talk about “Guy Stuff” from a “Girl’s View.” Read what Michelle had to say in the first part of our interview here. 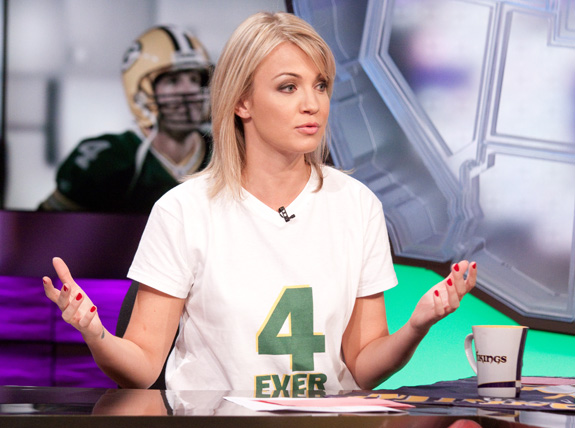 Check out what Michelle had to say about: celebrity crushes, Chelsea Handler, first date turnoffs, and more in part two of our interview! For the first part of our interview with Michelle click here.

Mankind Unplugged: Do you have any celebrity crushes?

Michelle: Well, the obvious, George Clooney, because that’s what I’m supposed to say. I joke around about so-and-so is hot. But more times than not when you meet them you get disappointed. So they’re perfect in my mind and I don’t wanna’ meet any of the ones that I have crushes on…disappointing.

Mankind Unplugged: Do you get more disappointed with the Hollywood guys versus the athletes?

Michelle: Well, the Hollywood guys in the sense that they’re short for the most part.

Mankind Unplugged: In your opinion, what’s better? Being on People Magazine’s Beautiful People list or on Forbes’ 100 Most Powerful Women list?

Michelle: Oh God, I’d take the Forbes. Yeah, that’s Oprah territory- I’ll take that one. People, I mean I’m sure it’s flattering, but for the most part you don’t really have a whole lot of control over whether or not you’re beautiful. So the Forbes thing, definitely hands down.

Mankind Unplugged: If you could replace Colin with a female co-host, who would it be?

Michelle: Oh, no one has ever made me say female. I guess Chelsea Handler could be pretty funny.

Jason: I’ve got a funny story about Mr. Wiley and you can give him a hard time about it. We were at the McCray’s wedding. He was dancing the whole night. I don’t think he came off the dance floor, not once. So when you see him, ask him to show you some of his dance moves.

Michelle: He’s one of the biggest life forces that I know. He’s just awesome to be around. Was he sweating up a storm?

Jason: Oh was he. His tie was sweating.

Michelle: [laughing] He sweats standing. I can’t imagine if he danced all night. I love it!

Mankind Unplugged: How do you feel about women tennis players grunting during the matches? I just kind of get a little uneasy.

Michelle: You don’t really realize how loud it is until…once in a while I’ll have it on in the background and it just stops me. I always imagine taking my dad to the tennis match. I think I would feel uncomfortable. It’s like when you watch your first movie with all the love scenes and your dad is in the room.

Mankind Unplugged: Michelle, we thank you so much for spending some time with us even though we’re out here on the west coast.

Michelle: I’m not gonna’ get in trouble for Laker hatin’ am I because you know, I have to.

Mankind Unplugged: I’m not from L.A. so don’t worry.

Michelle: Awesome you guys. And by the way, I do love the website. It’s good and I just think it’s cool.