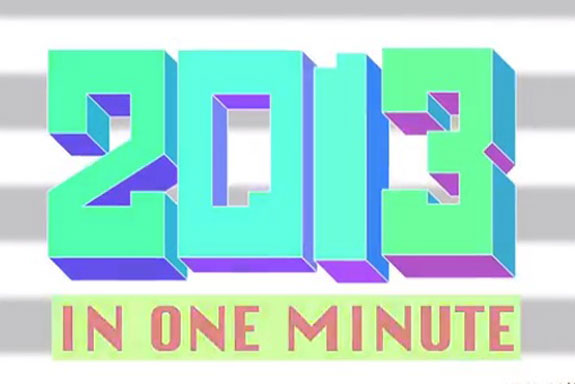 As the old saying goes, “time waits for no man.” This statement couldn’t be any truer as we move into 2014. It feels like we blinked and 2013 came and went. For those of you that are having a hard time remembering what happened this year, Animation Domination put together this cool highlight video recapping the highs, lows, and twerking of 2013. Yes, there was an awful (pun intended) amount of twerking this year. There is something to be said about condensing everything that happened in one year into one measly minute.

One Response to 2013 In One Minute [Animated Video]