4 Life Lessons From the Jersey Shore 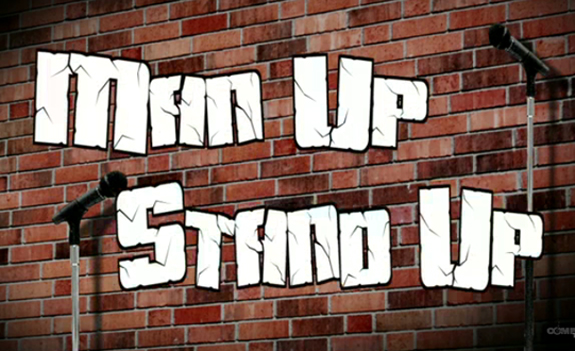 Guy humor! You either get it or you don’t! Regardless of your sense of humor, I think it is safe to say that Comedy Time’s “Man Up, Stand Up” will offer you a heavy dose of comic testosterone.

Hosted by Adam Hunter from Last Comic Standing, Man Up, Stand-up is billed as a “comedy with balls and a beer gut!” Featuring some of today’s top male stand-up comics on the comic circuit, Man Up, Stand Up is the premiere destination for grade M (for male) humor. From playing sports to drinking beer, Man Up, Up Stand-up is a place for guys to be guys!

Comedy Time is set to launch 13 half hour episodes this season and we have posted the first episode below. For more about Comedy Time please visit Comedy-Time.com.

VIDEO: Man Up, Stand Up Episode 1