Nic Cage Bailed Out of Jail By Dog the Bounty Hunter 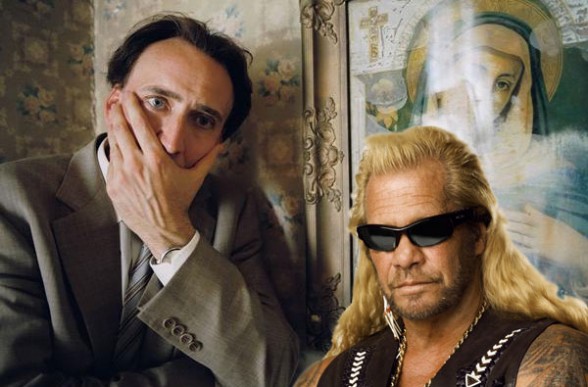 Like other Nic Cage fans, I have been saddened by his seemingly trail of bad luck. Being jailed over the weekend was just another splash of red paint on what seemed to be the perfect life (don’t forget he is a Coppola) before his former business manager ran off with most of his money. In a turn of a different nature, I was shocked to read that Duane “Dog the Bounty Hunter” Chapman posted an $11,000 bond for Nic based on the fact he is a fan of the guy, just like me.

When asked why he posted bail, Dog had this to say:

“Media from around the world have been requesting interviews with me today after reports surfaced about my posting a bond for actor Nicolas Cage in New Orleans,” Chapman said in a statement to E! News. “I am a truly dedicated fan of Mr. Cage and will not be granting any interviews about my client as I wish to respect his privacy. I performed my duties as a bail bondsman and not in connection with our show. This is what I do for a living. There are two sides of my job: I release my clients after they have been arrested; and pick them up if they don’t show up in court. I do not believe the latter will be the case for Mr. Cage.”

As a huge Nicolas Cage fan who would kick ANYONE (sounds good) in the face for this guy, it brought a smile to my face to read about the Dog’s generosity. I have been around celebrities all my adult life and I have never asked anyone for a picture or an autograph. I own one autograph photo and if you guessed it was of Nic Cage you are absolutely correct. After learning how much of a fan I was, he personally signed a photo for me just because! It’s nice to read that a fan that was able to help him in his time of need.