Are Exciting Things Happening At Burger King With David...

Caption This: Chris Bosh Celebrating With His Mouth… 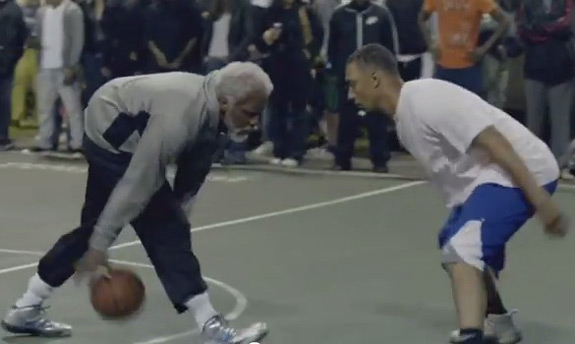 If you watched Game 1 of the NBA Finals, no doubt you saw the Pepsi commercial showing an old man posting up and balling during a pick-up game at a local park. What you may not have known is that the old man in the commercial was NBA Rookie of the Year, Kyrie Irving.

Pepsi MAX went to a pick-up game in Bloomfield, NJ pretending to shoot a documentary on a basketball player named “Kevin.” When his Uncle Drew (Kyrie Irving) came into the game, the scene eventually turned into a sight to be seen. The old man was balling.