Pursuit To Capture The Crown With Crown Royal At... 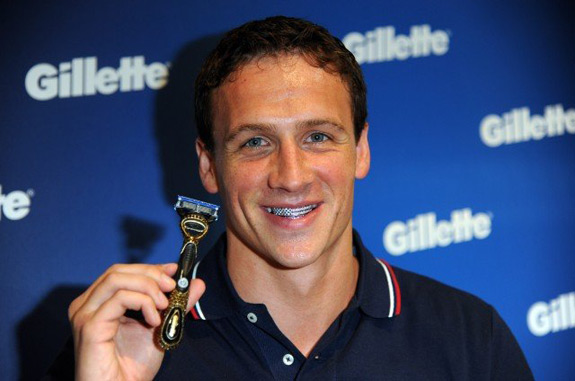 Olympic swimmer Ryan Lochte, finally has something special to match his blinged-out infamous grill. Yes, now he has a blinged-out Gillette ProGlide razor to match. While visiting the Gillette Lounge at the Olympic games for an honorary shave as part of Gillette’s ‘Get Started’ campaign, Gillette honored him with his very own personalized blinged-out razor. As part of Gillette’s global ‘Get Started’ campaign, Ryan Lochte also handed out some bling by presented a check worth $25,000 to the USOC’s P&G|Team USA Youth Sports Fund, a fund aimed at providing broader access to youth sports development. One of 25 Gillette brand ambassador athletes at this year’s Olympic Games, Lochete is inspiring and encouraging future generations of men and Olympians to achieve greatness through great starts in athletics, life and of course bling.