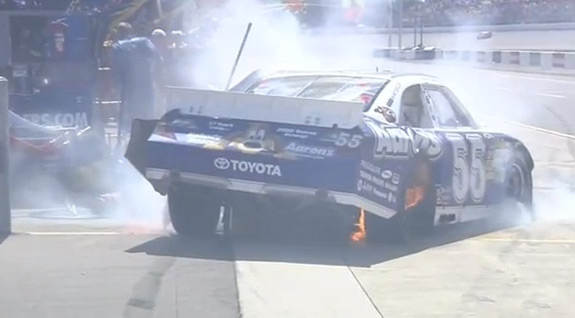 Just when you think you seen it all at a NASCAR race, something else happens. NASCAR started the season with an outlandish crash when Juan Pablo Montoya skidded into at jet dryer truck allowing Matt Kenseth to win a bizarre, rainy, and fiery Daytona 500. 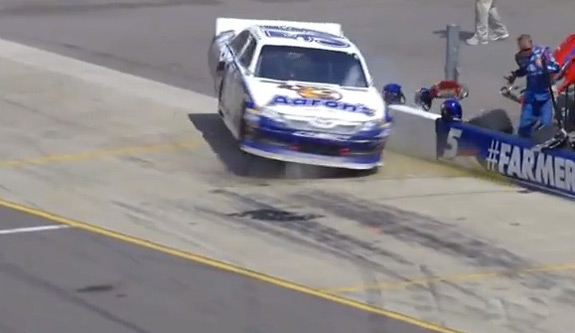 As NASCAR approaches the end of the season, another strange crash took place when driver Mark Martin crashed sideways into the wall of pit row leaving his pit crew scrambling. Like Juan Pablo Montoya, Mark Martin ended up being okay, but we must ask the question, what else can happen?

During the 2012 Daytona 500, Brad Keselowski became the first ever driver to tweet during a NASCAR race. After dropping a cylinder on his No. 24 Chevy and being forced into the garage, Jeff Gordon was caught on camera having what looked like a beer at the end of an interview where he went on a rant about the racing tatics of Dale Earnhardt Jr. Could Jeff be the first driver to ever drink a beer during a NASCAR race?