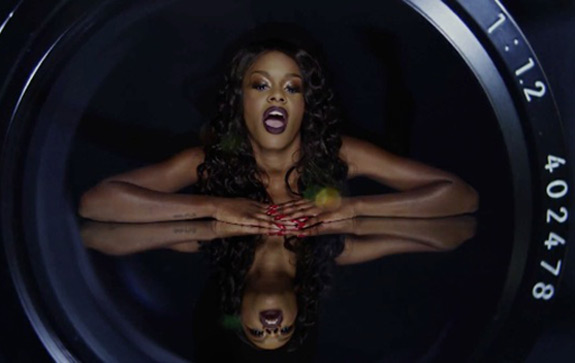 Who is Azealia Banks is the question on everyone’s lips. Over the weekend, Azealia newest video under the moniker “Azealia Banks” has become viral as many are curious to know who she is. Formerly known under the pseudonym Miss Bank$, the Harlem born American rapper has flown under the radder with the masses until now.

As one person wrote:

“Can we all take a moment and watch this amazingly perfect video of Queen Azealia Banks. Jesus has cut her off the umbilical cord and allowed her to bless the US with her innovative and bitch attitude with her perfection and gorgeousness with a mixture of Missy and Madonna.”