And You Thought Kevin Durant Was A Nice Guy…... 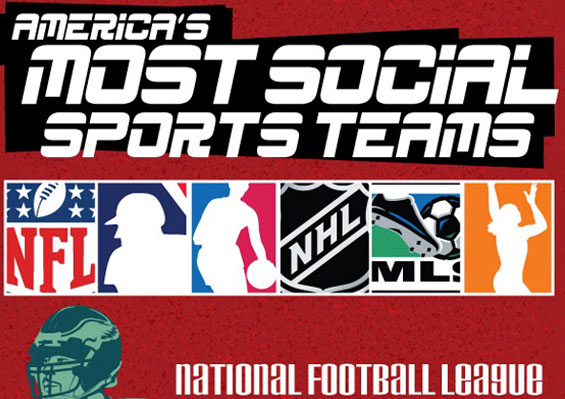 Professional sports in America is big business and it’s social. With everyone and their mom constantly connected to their cell phones or computers, fans today are mobile and more social than ever. Today, you don’t have to watch the big game on television to get a play-by-play of what’s going on. Don’t believe us? Log on to Twitter where everything is breaking news including what’s going on with your favorite sports team.

If you guessed that the NFL is the most social league out of all of America’s sports teams you guessed correct. All the Tim Tebow talk may have contributed to the NFL’s rise to social media supremacy, but considering the Philadelphia Eagles are the most social team it’s quite possible Michael Vick is to thank. The New England Patriots have been known to be a tight lipped bunch, so it is also surprising to learn they have the largest Twitter Network.

Aside from the NFL, other sports leagues are socially active as well including the NBA, which is ranked as the third most social league after Major League Baseball. We can most likely thank Dwight Howard for pushing the Los Angeles Lakers to the forefront of snagging the title of the NBA’s most social team and the team with the most followers on Twitter.

Many teams are leveraging social networks to grow their fan-base and team loyalty. It should be really interesting to see how social media will continue to shape the fan experience.

One Response to America’s Most Social Sports Teams [Infographic]