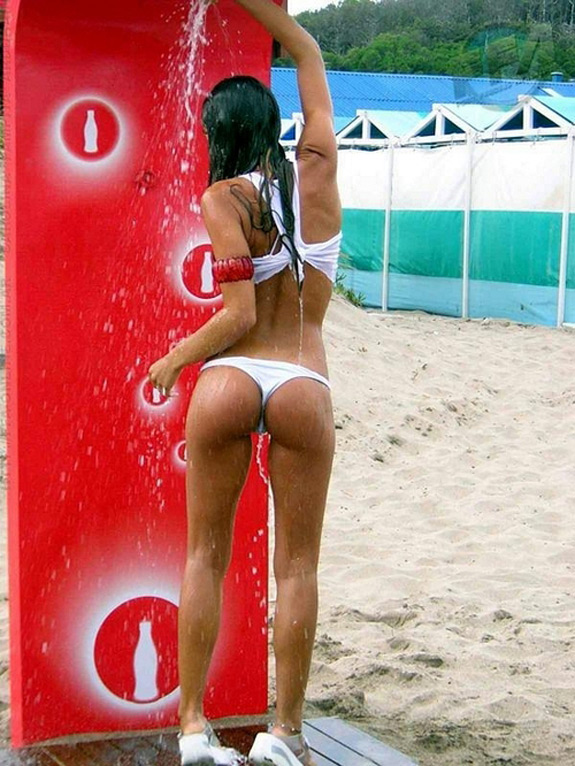 In 1979 Coca-Cola started using the slogan “Have a Coke and a smile.” Since then, it’s become a key thing people remember about Coca-Cola; however, in 2012 it appears to be all about having “a Coke and a shower.”