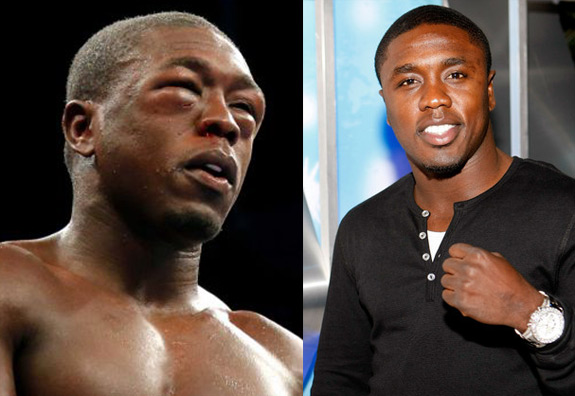 That’s former welterweight champ Andre Berto in the above photo after going 12-rounds with Robert Guerrero. If you guessed that he lost the fight, you are correct. Boxing is a dangerous profession and the first thing you should learn is how to defend yourself. From the looks of Berto’s face, he may have forgot the fundamentals boxing. KEEP YOUR GUARD UP!

According to Robert Guerrero who issued the beat-down, “he did defend himself like a true champ.” Guerrero also said “I did tell Andre I was going to beat him down, so I had to be a man of my word” and we have no reason to debate he is truly a man of his word.