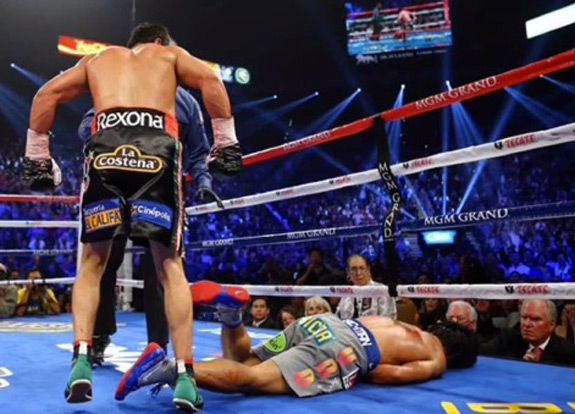 Manny Pacquiao wanted to knock out Juan Manuel Marquez one ‘last’ time, but he was the one who got knocked out. Marquez caught Pac with a vicious shot with seconds left in the sixth round just when everyone thought he would be the one going down. In the previous round Pac dropped Marquez, but it would be Marquez who would score the real knockout punch to end the fight. Marquez definitely hit Pac with the kind of punch a boxer dreams of landing there entire career. Should we say so much for that Mayweather fight or do you believe it will still happen?

For those that want to see the knockout on repeat this GIF is for you.